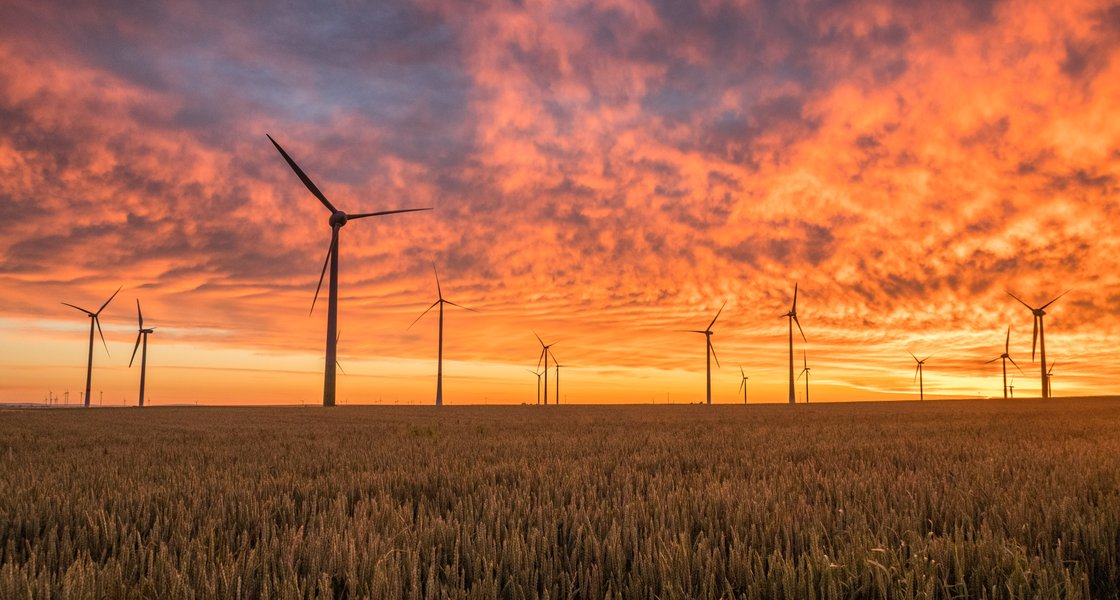 Recent US market data for wind and solar power appear to show strong prospects for both technologies. 41.8 GW of wind capacity is either under construction or in advanced development, and the contracted pipeline for utility-scale solar projects has reached 37.9 GW. These are record levels, indicating growth in new wind and solar installations within the next few years. However, the current surge in development is, in part, due to the need to meet deadlines before the phase-out of the production tax credit (PTC) for wind and the phase-down of the investment tax credit (ITC) for solar, which will progressively impact projects installed between 2020 and 2024. Without a comprehensive federal policy for the power sector—such as a clean energy standard, carbon cap, or carbon tax—to replace the technology-specific PTC and ITC, wind and solar installations will decline.

In the absence of significant subsidies, standards, or carbon-based policies that support renewables, the costs and values of wind and solar—now and in the future—are the principal determinants to the growth of renewables. In an RFF issue brief, I examine the costs and values of wind and solar, detailing their components and considering their trends. Such an analysis can help clarify the prospects for capacity growth in markets without mandates; in addition, the assessment of costs and values informs the cost effectiveness of mandates, such as renewables portfolio standard (RPS) policies that exist in 29 states and DC, and suggests priorities for energy R&D.

Starting with the most straightforward and widely-used economic measurement, generation costs are those necessary for the construction and operation of a power plant. Generation costs include capital costs, fuel costs, and variable and fixed operations and maintenance (O&M) costs. Because these costs occur at different times, they are often discounted to present value at a rate equal to the plant’s cost of capital, which represents the opportunity cost of investment. The complete measurement of generation costs for a new power plant, known as the levelized cost of electricity (LCOE), is determined by taking the ratio of the present value of plant costs to the present value of plant generation.

Unsubsidized wind and solar LCOE have declined dramatically over the past decade—average estimates from the investment bank Lazard were $135/MWh for wind and $359/MWh for solar in 2009 (in 2009$) compared with $43/MWh for both in 2018 (in 2018$). However, future generation cost reductions are likely to be far more moderate. The National Renewable Energy Laboratory projects unsubsidized LCOE for wind and solar to decrease from $42/MWh and $37/MWh in 2018 to $31/MWh and $25/MWh in 2040 (all in 2016$), respectively, using average cost and resource assumptions. Wind and solar have no fuel or variable O&M costs and modest fixed O&M costs, so reductions in LCOE are predominantly the result of decreased capital costs.

LCOE is often misused as a comparative metric between technologies to imply, incorrectly, that one technology is more viable than another. While LCOE is a reasonable measurement of generation cost, it contains no information about generation value. Since the price of electricity varies over time, but wind and solar plants (without storage) cannot choose when to generate, the value of wind and solar power will be based on when the wind blows or sun shines. In addition, generation revenues depend on location—for both the quality of the wind or solar resource and the power prices in the region.

Generation value comprises three component values, which vary by wholesale electricity market. In general, a plant may receive value for its energy (a MWh of electricity at a particular time and location, measured by the wholesale electricity price), capacity (its contribution to grid reliability), and ancillary services (e.g., to help balance supply and demand in the grid). For wind, the average generation value across US wholesale markets last year was $22/MWh (in 2018$), of which $21/MWh was for energy and $1/MWh was for capacity. (Values for ancillary services were not included but are generally small.) Note that capacity value was of greater magnitude in some regions, but in others, such as the Electric Reliability Council of Texas (ERCOT), there is no capacity market. For solar, California’s average generation value last year was $32/MWh (in 2018$), including $28/MWh for energy and $4/MWh for capacity.

Having no marginal costs (fuel and variable O&M costs), solar and wind power are typically utilized whenever they generate, thereby displacing generators with higher marginal costs and lowering wholesale electricity prices at the time. A retrospective study of the California market—which held electricity demand, natural gas prices, and hydroelectric potential constant—found that increasing utility-scale solar from 2 percent to 10 percent and wind from 1 percent to 7 percent of electricity generation caused the energy value for solar and wind to fall by 52 percent and 20 percent, respectively. Modeling of future scenarios suggests that generation values, inclusive of energy and capacity values, will continue to decline. In four modeled wholesale power markets, solar generation value falls by 58–76 percent from 2016 to a high solar scenario in 2030 (30 percent solar and 10+ percent wind), and wind generation value falls by 14–42 percent from 2016 to a high wind scenario in 2030 (30 percent wind and 10+ percent solar). Both retrospective and modeling studies show value erosion with increasing proportions of solar and wind generation, and the negative value effect is more severe with solar due to the concentration of solar energy in the middle of the day.

Models have estimated the magnitude of integration costs in high wind or solar scenarios. In a modeled European grid with 20 percent of generation from wind, the total integration cost was €37/MWh (in 2012€), with one-third of the total from balancing and transmission costs and two-thirds from backup and residual generation costs. In a modeled Arizona grid with 20 percent of generation from solar, integration costs for unpredictable intermittency (balancing costs) and predictable intermittency (backup and residual generation costs) were $6/MWh and $40/MWh (in 2012$), respectively. In neither of these scenarios was curtailment significant, but the European model showed curtailment costs rising rapidly once the share of wind reached 25 percent.

The combination of generation costs with either generation values or integration costs provides an improved understanding of markets and policies. For example, comparing the generation cost and value of wind reveals the probable effect of the expiration of the PTC. With the caveat that there is considerable variability in costs and values across the country, wind had an average LCOE of $43–44/MWh versus an average market value of $22/MWh in 2018 (all in 2018$). Because wind costs are fixed, but market values may decline (e.g., if more wind is installed), total values must exceed costs by a sufficient margin for development to occur. The PTC currently provides this additional value, which may be necessary for most development. In the 2019 Annual Energy Outlook from the US Energy Information Administration (EIA), just 2.6 GW of net wind capacity is projected to be added between 2022 and 2035 (compared to 11.3 GW projected in 2019 alone). This projection implies both that wind development will fall nationwide and that solar will be preferred to wind in states that have RPS mandates, implications that are consistent with EIA’s generation cost and value assumptions.

Regarding RPS policies, the combination of generation and integration costs more accurately determines their cost effectiveness. A recent working paper on RPS policies—which finds retail prices seven and 12 years after the passage of an RPS to be 11 percent and 17 percent higher, respectively—has been controversial, but the concern of fully accounting for costs is important. The higher prices cannot be explained by generation-cost differences between renewable and non-renewable power alone, so the paper suggests that integration costs are a factor. In addition to integration costs due to intermittency and transmission, the cost from non-renewable plants that become unprofitable and retire prematurely (known as stranded assets) may be a significant short-term integration cost. Quantifying these integration costs in retrospective studies would help inform modeling and future policymaking. 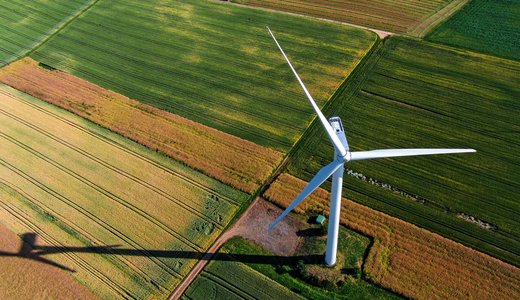 Resources Radio: The Money Behind Wind Power, with Jay Bartlett 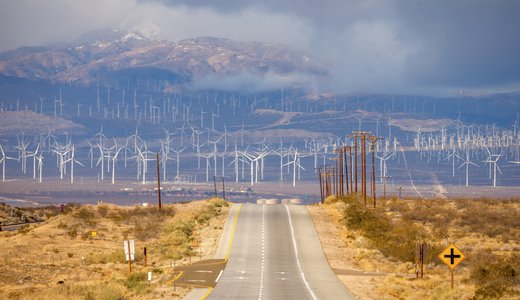 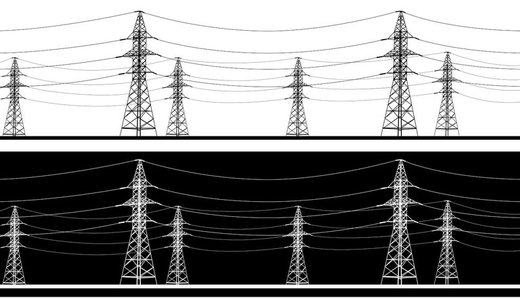