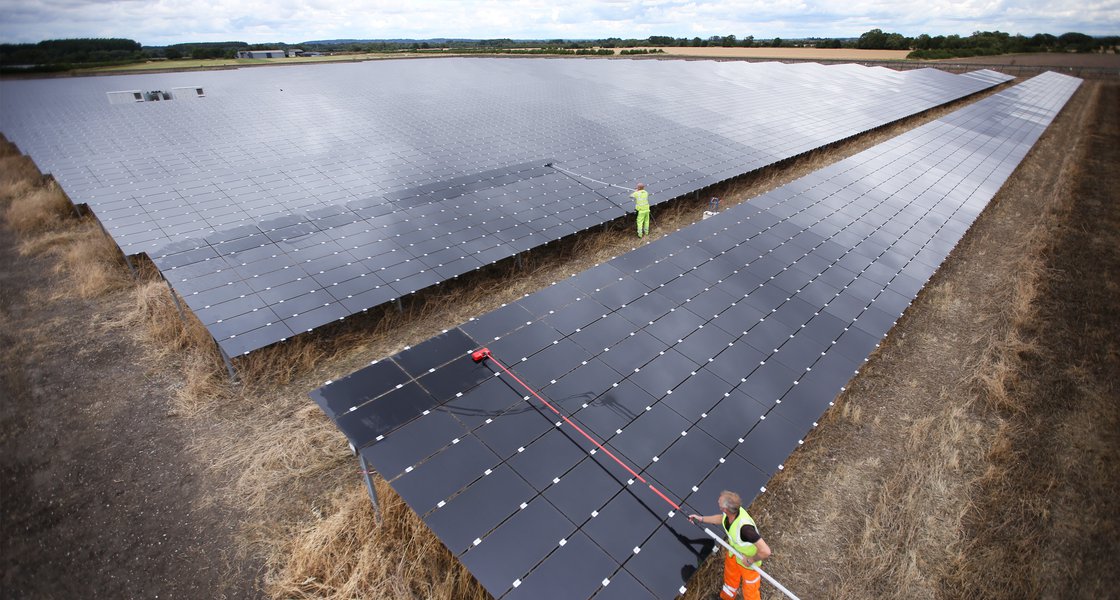 Robert N. Stavins, an RFF university fellow, Harvard professor, and RFF board member, recently hosted David Victor on an episode of his Environmental Insights podcast. Victor, a professor of international relations at the University of California, San Diego, reflects on how the coronavirus pandemic has illuminated which governments around the world might be most adept at developing policy to address climate change. Victor and Stavins also discuss ambitious plans in the European Union for a Green Deal, the vast uncertainty surrounding US climate policy, and the complicated political calculus that might be hindering the effectiveness of existing carbon pricing programs.

The transcript of their conversation has been edited for length and clarity.

David Victor: I think the first thing that's worth underscoring is that we don't know. There's a tremendous amount of uncertainty here. That, to me, is very important because from an investor point of view, that uncertainty creates a wariness about putting capital to work—especially capital for long-duration projects. So, I think one of the most important things to watch right now is: Where have governments been able to create credibility around their plan? Where have they been able to outline, “Here's a spending program; here's what we're going to spend the money on; here's why the incentives we're putting into place are credible”? Where that's happening, you're going to see capital flood back in.

The thing I've learned the most from the pandemic is that the pandemic is a gigantic test of government. A lot of what you need to do in a pandemic—spot problems early on, gather information, listen to scientists, make hard choices, explain trade-offs to the public, create credible policy interventions—are skills very similar to what you have to do with climate. So, what I really worry about is that there's been a huge test of government, and governments have varied enormously in their competence. In particular, I'm deeply worried about the federal government in the United States.

It's an interesting moment, because Europe actually has done pretty well. And once we get through the pandemic, the Europeans are going to be leading with this big European Green Deal, which may well result in significant reductions in emissions and put economies on track to much lower emissions. I don't see anything like that right now in the United States. Maybe that'll change with the election. To contrast this time with the 2008–2009 financial crisis is really striking because, back then, depending on how you count it, up to 15 percent of the stimulus money went into low-carbon trajectories. A lot of it was spent well—and now, outside of Europe, we're not seeing that. That is really the big lesson emerging out of the pandemic.

That's interesting. You mentioned the current administration, where obviously there's little positive action on climate change. But if the Democrats do wind up in the White House in January, what kind of climate policy or economic recovery policy would you expect?

My concern, though, is by that point, we may already have had multiple stimulus packages that cost a lot of money. Our capacity to really steer the system decisively come January or February of next year will be much, much lower than the European capacity.

David, you've worked in many countries. You've already commented on the European Union and their Green Deal. Is there a particular country in the world that, in terms of its climate change policy, you find either most impressive or particularly interesting?

I think Norway is very interesting, because Norway has a big oil and gas industry. It has unlimited amounts of money. So, that always helps. They have a fund that is now being managed more with environmental, social, and governance [ESG] factors. The Norwegians have shown, even for a small population of highly committed people, that you can make big bets on new technologies. And where those bets are successful, you push the frontier and you steer the whole industry. Norway is a small country, economically and in terms of population, but is engaged with other leaders in a way that its leadership might create “follower-ship.”

In the past, you have been very critical of the Kyoto Protocol. What's your assessment of the Paris Agreement?

I'm optimistic about Paris because it's an umbrella. It's a flexible umbrella under which small groups of countries can go off and do things, though I am worried that people are expecting too much of Paris. But it is a legitimate umbrella, which means that if a country or a group of countries wants to sanction other countries for not doing something on climate, they can find a World Trade Organization–compatible sanctioning strategy by pointing to Paris and the legitimacy of Paris.

That's enormously valuable. But what Paris can do beyond that is actually very, very limited. I think the nationally determined contributions are mostly thin. The review process is hobbled by all the compromises that were needed during the rulebook negotiations. Rather than lament that, I think we just need to recognize that. Paris is valuable because it's there. It's got goals that a lot of people are talking about. It's got legitimacy.

But then, we should expect that almost all the serious work is going to happen in groups of countries working outside Paris, in ways that are consistent with Paris.

You mention the compromises that had to be made in writing the rule book for the Paris Agreement. There's one part of the rule book, which has not been completed, and that's Article 6. This article is the part of the Paris Agreement that, in principle, could facilitate or be a home for so-called “carbon markets.” What's your view either of Article 6 or of carbon markets in general and their potential role going forward?

On Article 6, I think most people see this as a home for international carbon markets, and that seems reasonable to me. But I read Article 6 a little bit differently: I see Article 6 as a license for a lot of collaborative activities, and it just so happens that many people’s main focus is on the market flavor of those collaborative activities. My guess is that the collaborations that will be much more important are going to be sector based. They're going to be groups of countries or subnational jurisdictions that go off and build a green steel program—which is unbelievably expensive—so you need trade measures to help ensure that firms don't get hammered in global competition for steel, and you need to guarantee procurement of early products so there's a market for the green steel products. That's an example.

But what's really interesting, as you break the climate problem down into sector-by-sector strategies, is that you have a dozen or so sectors that really matter, and you're going to need different solutions in each. This is maybe a perverse reading of Article 6, but I see Article 6 as giving license to that. Most of the real work is going to be done in the small groups working in the sectors.

My priors about these markets have really changed radically, because I saw the market strategies as a way to create more economic efficiency. That remains true. But to me, what's been most disturbing is when you look at almost all the markets, they're designed for low prices, such as the California cap-and-trade system. These are market strategies layered on top of other regulatory instruments, and the other regulatory instruments are doing most of the work. My concern is that people have tended to view those low prices as an aberration, when I think the politicians actually knew what they were doing. I think they've purposefully designed these systems to generate low prices.

The argument I make in my new book with Danny Cullenward is that, because the prices are highly visible and easily misunderstood, the political system is systematically avoiding the policy instruments that we think would be most efficient economically, because the policies create big costs, and these costs vary by sector.

My concern is that people have tended to view those low prices as an aberration, when I think the politicians actually knew what they were doing. I think they've purposefully designed these systems to generate low prices.

I’d say that more of the thinking around market design is moving in this political-economy direction, where we're looking at market designs that are different from the ideal, and it's not an accident—it's driven by politics.

In a recent paper, I talk about this reality. It could well be that, politically, politicians would prefer to let other kinds of policies—technology standards and performance standards—do the heavy lifting, because they want to keep the price low and because a visible price obviously is not good politics. It makes the costs explicit, whereas a lot of those other approaches hide the cost.

For a lot of the analytical community, they see that, and they're horrified. But political scientists talk about why political systems consistently don't do the right thing from perfect design. So, it is not surprising to me at all. I think our next challenge is to debate what to do about that.

For more, listen to the full podcast recording.

Professor of International Relations at the University of California, San Diego 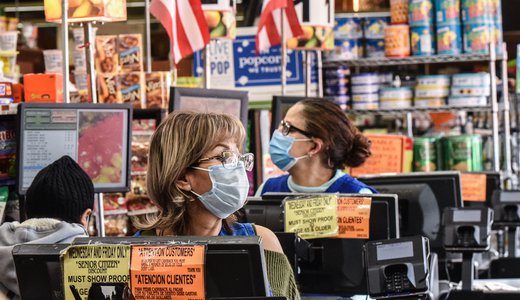 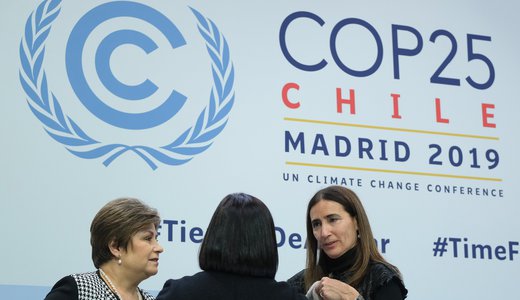 The State of Global Climate Policy after the Delay of COP26 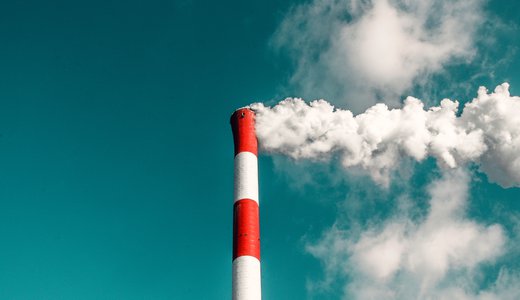