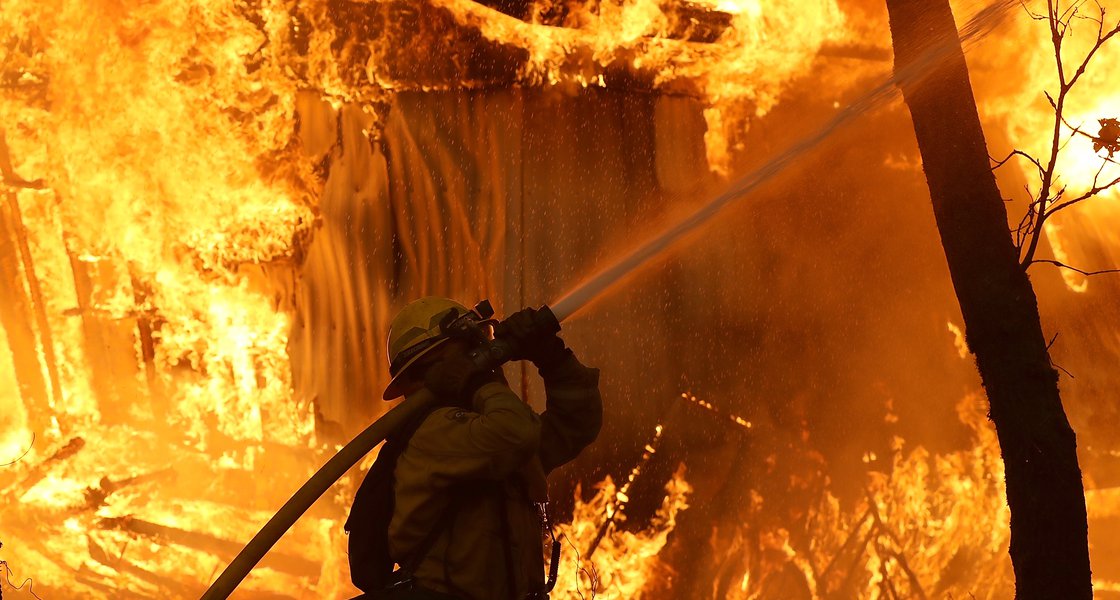 The 2018 Camp Fire in California, last year's wildfires in the Brazilian Amazon, and this year’s devastating fires across Australia have illuminated the environmental destruction and health risks of wildfires—especially as climate change is expected to amplify the frequency and magnitude of destructive fires. As this year’s presidential election approaches, Resources for the Future and the Stanford Woods Institute for the Environment have brought together two scholars in conversation to raise important aspects of wildfires, related health effects, and wildfire response strategies that a new Congress and the presidential administration will need to address. Their resulting discussion about building community resilience in responding to wildfires offers some possible policy solutions for these major issues, with an emphasis on the power of data to help improve the design of those policies.

The participants: RFF Fellow Matthew Wibbenmeyer, whose recent work involves research on wildfire risk and costs, and Stanford Woods Institute Senior Fellow Kari Nadeau, whose current projects consider wildfire risk and resiliency from a public health perspective. Wibbenmeyer and Nadeau got on a call to provide complementary expertise on the risks of wildfires to the economy and public health. An edited version of their conversation is below.

Kari Nadeau: I'm a professor at Stanford, working in immunology, asthma, and allergy. I translate what's happening in humans to what's happening on the molecular side, such as with toxicology and chemicals. I've been really interested in pollution and how wildfires—in particular, smoke—affect humans.

Matt Wibbenmeyer: I’m based at Resources for the Future, conducting research in economics. With respect to wildfires, one of the issues that I'm really interested in is location of housing. I've been looking at how people choose whether to live in high-wildfire-hazard areas, which—when there's no wildfire burning—can be very nice places to live. I’m researching how those decisions may be affected by skyrocketing insurance premiums, for example.

MW: I think an important aspect that should inform our response to wildfires is having a better understanding of the broader health impacts. Have you been finding that the composition of particulate matter specific to wildfire smoke has particular effects on human health?

KN: Smoke, in general, has about 400 different chemicals in it. Smoke from trees is different from smoke that also engulfs houses—which means the smoke is not just organic material that got burnt, but also paint and toxic chemicals. That all goes up in the air, and it stays up in the air until there's rain, and then it goes in our water.

There’s no safe distance from smoke. Even if we're hundreds of miles away, the effect on human health is equivalent to smoking about 30 cigarettes a day. People in Boston got exposed to the wildfire smoke from California’s Paradise Camp Fire. And with the recent fire in Australia, the smoke that was obviously from Melbourne went around the globe, reaching Perth on the other side of the continent.

Even if we're hundreds of miles away, the effect on human health is equivalent to smoking about 30 cigarettes a day. People in Boston got exposed to the wildfire smoke from California’s Paradise Camp Fire.

Smoke is not healthy, no matter what age you are, but it's especially not healthy in kids; it induces asthma. And in older adults, it induces stroke and heart attacks.

MW: Unfortunately, the outlook for smoke—especially in California in the long term—is poor. I went to graduate school in California, I was raised in Oregon, and I've also lived in Montana. These are wonderful places—or at least they have been for most of our lifetimes—but I'm particularly concerned about the very significant impact of wildfires on quality of life and health in these areas.

KN: And the science is so important. Right now, we have to go and publish data—rather than publish opinion—to be able to make change, so that our policy doesn’t cause unintended consequences. And we have to use empirical work and evidence-based work to help.

KN: I think the key is, how do we prevent wildfires by taking care of carbon emissions and greenhouse gases, so that we have less dry areas and less global climate change? Could forest management practices help?

MW: One area where we can—and we're starting to—do a lot better on that is in facilitating more prescribed burns, mechanical thinning, and other kinds of forest restoration. Oregon has been a leader on this in terms of allowing more prescribed burns, and allowing lower levels of smoke at a tolerable level, so that we don't get some of these really big and damaging events that are going to expose people to smoke for weeks on end. Increasing prescribed burns are typically expensive to plan and do, though, so increasing funding is important, too.

I also think it's important to point out that fuels are not the biggest issue in all places. The wildfire issues facing Southern California, for example, are not primarily fuel driven. They really are climate driven. So, a different suite of policy tools needs to be used in that setting, as opposed to in Northern California and Oregon.

KN: There’s been this perception by the public that prescribed burns can be unhealthy. But our research this past year has actually shown that if you happen to be close to a prescribed burn, the effect on your DNA and your asthma and your illnesses is not anything close to what happens during a wildfire. The data show that prescribed burns actually are not harmful at all, because the quantity of smoke is much less. We need to do the research so that the public and communities understand that prescribed burns aren’t harmful to them. It's important to mitigate the risks of overall intense wildfires, and one way is for the California Air Resources Board to change their policies and have more “burn days.”

It’s important to be proactive rather than reactive. The cost of a reactive response is billions and billions, in terms of homeowner's insurance and protection. If we could be proactive—have more burn days, make sure that people don't live abutting a large forest, ensure that homes take up space better—we can have money and resources on the proactive side of policy, rather than the reactive side.

MW: And on housing issues, especially in California, you have fast-growing wildland–urban interface areas where there is a higher number of houses in direct risk of fire. And I think part of the reason is the broader housing crisis in California: there's just not enough housing being built throughout the state, especially in some of these places that have lower fire risk and are probably more desirable to live in for other reasons, too, such as being closer to jobs. It connects to this much larger policy issue in the state.

KN: Also important—which we’ve now shown with our research—is that if you get exposed to an intense amount of wildfires, your DNA can change and cause disease. And if your DNA changes because of the chemicals in wildfire smoke, the altered DNA can then be passed on to the next generation. So, not only do we need to worry about the people who are currently exposed to wildfires, but also how that exposure can affect future generations. I think it's compelling to make sure these policy changes occur, so that we can help by decreasing the risk of disease in children born after a major wildfire event.

If you get exposed to an intense amount of wildfires, your DNA can change and cause disease. And if your DNA changes because of the chemicals in wildfire smoke, the altered DNA can then be passed on to the next generation.

Just by two wildfire exposures, even if you're not in a high-air-pollution area, your DNA changes for six months, at least. These are hints that these acute exposures could be equally as detrimental to your DNA as chronically living in New Delhi, India, for example.

MW: And there are lots of other important health and economic impacts of wildfires. Some of the results are pretty staggering in terms of their magnitude. One recent paper in the economics literature estimates that smoke leads to 500 additional deaths among Medicare beneficiaries each year. Another study finds that smoke reduces hours worked, resulting in an overall loss of about 0.3 percent of annual labor income nationwide. And these impacts aren’t just in the western United States. Smoke from wildfires reaches all across the country—to the Midwest, the Northwest, and all over.

KN: Tell me more about your thoughts about policy changes: What should be the priority in terms of the policy changes that would have the most weight?

MW: That's such a good question. This is a big issue, and there's not just one solution. At a fundamental level, addressing climate change is really important. Any solution to climate change is going to happen in the much longer run, but wildfires are an immediate concern. So, there are things that we can do in the shorter run. And one of the things for the shorter run that I would probably put toward the top of the priority list is something that we’ve talked about: forest restoration and prescribed burns—especially in areas where there's a high risk.

From a policy perspective, dealing with electricity in California is important. A lot of wildfire ignitions are driven by utilities. Figuring out how to prevent some of those ignitions and really hazardous fires—while at the same time providing electricity, which the state very much needs—is a really tricky and important policy question that California in particular needs to deal with.

KN: Another policy issue is to make sure we train more wildfire fighters, so they're at the ready and not exposed to undue harm. There's not an infinite supply of people that can fight fires, and you need to make sure that you don't have a false sense of security by assuming that the government is going to just supply all of these people, and water, and means to fight fires, because we have limited resources. How much should policy make sure that we have the personnel trained and on the ground? How do we reduce the risk to those personnel? These are all things to consider.

MW: And that will be an especially difficult challenge this year, in light of COVID-19.

KN: Yeah, and I think a lot about policy related to routes of escape—making sure that we have transportation routes that work. Emergency preparedness plans as policies are very important. For example, with the Camp Fire in Paradise, California, their emergency preparedness plan had everyone meet in the hospital. But the first building to get incinerated, unfortunately, was the hospital. And there was no plan B. So, alternative plans are also very important for policy makers to think about.

MW: Right. And some of these things can be long-term solutions, such as opportunities when you're constructing a building. When you're choosing where a building is going to go, these decisions are going to last for a very long time. Being careful about where and how you do those things—in light of what's likely to be increasing activity for wildfires in the future—is important.

Well, Kari—very nice to meet you.

KN: So nice to meet you, too. Thank you; this has been really great.

Stanford Woods Institute for the Environment 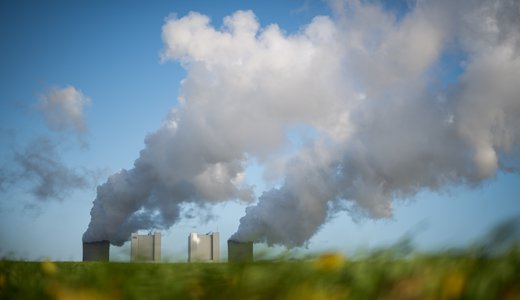 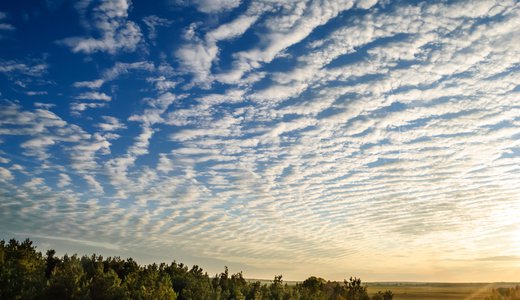 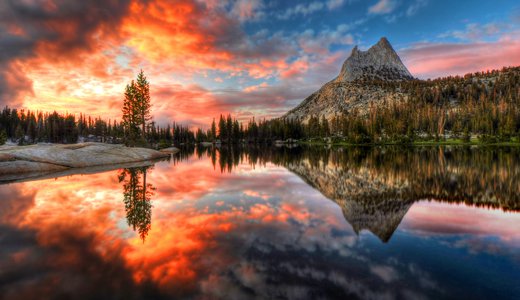