Floods accounted for more lives lost and more property damage than any other form of natural disaster in the United States during the twentieth century. And the wreckage continues: In 2012, Hurricane Sandy killed more than 100 people and inflicted billions of dollars in infrastructure damage. In 2008, Hurricane Ike killed dozens of people and flooded more than 100,000 homes along the eastern coast of Texas. In Wisconsin that same year, heavy rainfall caused record-setting flooding, with 31 counties declared federal disaster areas.

According to the US Environmental Protection Agency, bolstering US public water systems in the face of climate change and land development will require more than $330 billion over the next 20 years, including investments of more than $50 billion for dam safety and community resilience in particular. As governments weigh their options, “green” infrastructure is gaining recognition as a cost-effective substitute for or complement to the “gray” infrastructure—pipes, dams, levees, and the like—traditionally used to control flooding, store water, and reduce urban stormwater overflows.

Green infrastructure refers to natural systems that absorb and filter pollutants from the air and water, protect communities from flooding and storm surges, reduce erosion, and enhance both community and environmental well-being. Floodplains and wetlands can provide buffers against flood risks, for example, and public parks and other permeable urban surfaces can naturally slow and filter polluted runoff.

Green infrastructure investments will often require new kinds of economic and environmental analyses, as well as negotiations and collaboration among numerous stakeholders. But state and local governments often lack the resources and data necessary to evaluate green infrastructure technologies and their benefits. What tools can communities use to target ecosystem investments?

One strategy that has emerged from research by experts at RFF’s Center for the Management of Ecological Wealth is the carefully targeted preservation of high-benefit, low-cost land parcels. RFF researchers Carolyn Kousky, Sheila Olmstead, Margaret Walls, Adam Stern, and Molly Macauley find that limiting development on land that fits specific criteria related to flooding potential and cost can economically provide flood protection and build resilience to climate change in Wisconsin’s Fox River Basin. Walls and Kousky are conducting a similar study in St. Louis County, Missouri, a community that is located in the triangle formed by the Missouri, Mississippi, and Meramec Rivers.

"Floodplains and wetlands can provide buffers against flood risks, and public parks can naturally slow and filter polluted runoff."

RFF Visiting Scholar and Co-Director of RFF’s Center for the Management of Ecological Wealth Lynn Scarlett serves on a steering committee that is championing a “soft” infrastructure strategy to restore and build resilience along the Texas Gulf Coast in the wake of Hurricane Ike: the creation of the Lone Star Coastal National Recreation Area, which would protect hundreds of thousands of acres of coastal marsh, wetlands, and the estuary and bay through joint management by regional partners and the National Park Service. Underpinning this work is an economic assessment of the value of preserving these lands for both storm protection and recreation, which span four counties along the Upper Texas Coast where Ike and other hurricanes have made landfall.

Another approach is to pay landowners for water management services. The Florida Everglades are under threat from agricultural and urban land development that is fragmenting lands, destroying species habitat, and dramatically changing traditional water drainage and flow patterns. RFF Resident Scholar Leonard Shabman helped to create the Florida Ranchlands Environmental Services Project to address this problem. Based on its success, the South Florida Water Management District worked with other state agencies to create the Northern Everglades—Payment for Environmental Services program. This innovative program pays cattle ranchers to implement water management strategies that increase water retention on their lands and reduce nutrient runoff, lessening the need for new investments in hard infrastructure, like levees and water treatment plants.

In some cases, investing in green infrastructure may be worthwhile, even if more costly than traditional approaches, because the social and environmental benefits may exceed the additional costs. Cape May, New Jersey, provides a powerful example. As Mark Tercek, an RFF board member, president and chief executive of The Nature Conservancy, and coauthor of Nature’s Fortunes: How Business and Society Thrive by Investing in Nature, recently told the New York Times, the city “had the foresight to restore its dunes and wetlands to provide storm protection and wildlife habitat” and was spared the damage that devastated neighboring towns. 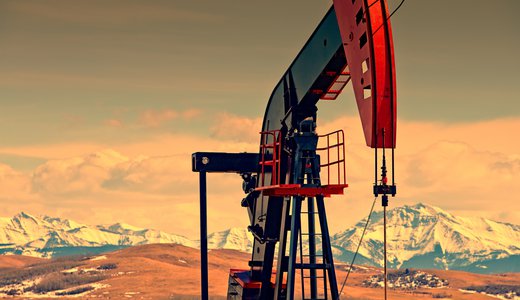 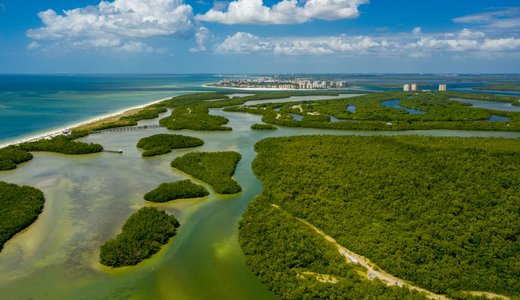