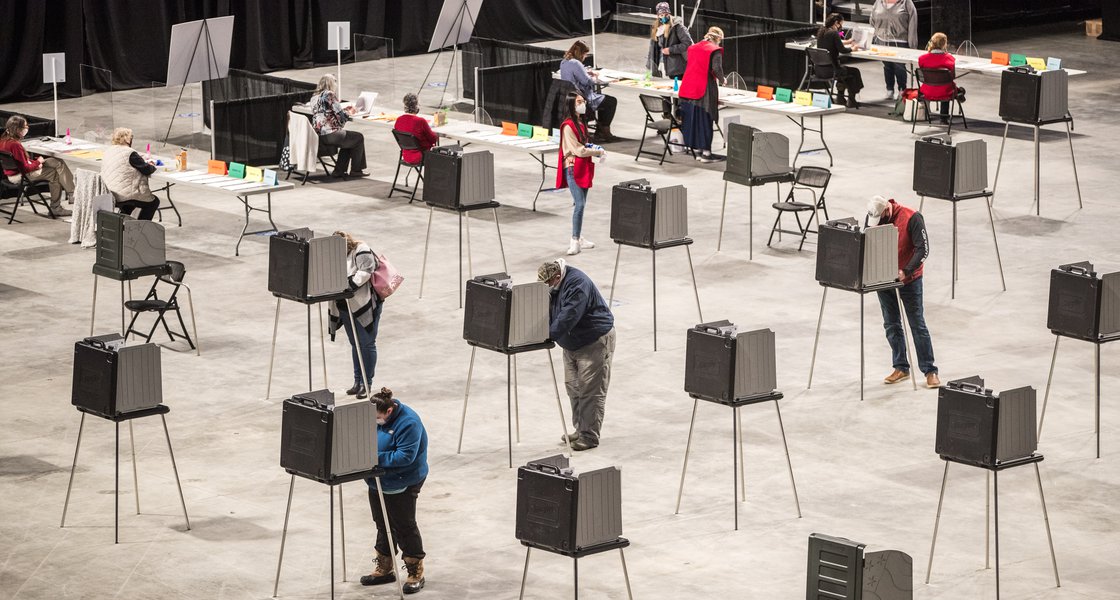 How will US environmental policy look, once the results of this week’s presidential election are final?

Tuesday’s presidential election drove more Americans to vote than ever before—and while Democratic nominee Joe Biden now has the lead in the pivotal states of Georgia and Pennsylvania, no victor has been declared, amid delays in counting a historic number of mail-in votes, legal challenges from the Trump campaign, and the possibility of recounts in closely contested states. The results will significantly influence US climate policy, given the stark differences on environmental and energy issues between Biden and Trump. These differences were made even clearer the morning after the election, when the Trump administration formally withdrew from the Paris Agreement. For his part, Biden has pledged to recommit the United States to the goals laid out in the Paris Agreement, establish an office focusing on environmental and climate justice at the US Department of Justice, and spend nearly $2 trillion in federal funding over four years to boost clean energy and reinvigorate a struggling US economy.

Even if Biden gains the majority of the Electoral College, his ambitious environmental plans will depend on support from Congress—an uncertainty, given that control of the Senate could be determined by a January runoff election in Georgia, where no candidate has garnered a majority of votes in either of the state’s two Senate races. On the final episode of Resources Radio’s “Big Decisions” podcast series, RFF President and CEO Richard G. Newell and RFF Board of Directors Chair Susan F. Tierney discuss how environmental policymaking could look in 2021, no matter which party holds power in Washington. Tierney points to future stimulus packages as opportunities to support workers and prepare for a clean energy future, while Newell emphasizes the pivotal importance of rigorous data for decisionmakers in the White House, Congress, and administrative agencies. “This is, to my mind, absolutely the most consequential election in our lifetime for future environmental, energy, and climate policy,” Newell concludes.

Habitat loss is increasingly linked to the spread of animal-borne diseases. What can policymakers do to prevent future pandemics and protect nature?

The United States has set a new daily record for coronavirus cases this week, topping more than 100,000 new daily diagnoses for the first time, as the disease continues to spread unabated across the nation. While the COVID-19 crisis is without recent precedent, many researchers worry that the spread of animal-borne diseases will become more likely in the coming years, as human populations expand and increasingly come into closer contact with non-human animals. A new report released last week by the United Nations’ Intergovernmental Science-Policy Platform on Biodiversity and Ecosystem Services (IPBES) affirms such predictions, concluding that habitat loss—which has accelerated to unprecedented levels over recent decades—is intensifying risks to human health. The IPBES now recommends a “seismic shift” in how humans engage with the natural world, contending that greater efforts to conserve protected areas, protect animals, and mitigate the impacts of climate change could be necessary to slow the spread of disease.

In the new issue of Resources magazine, an article from Cole Martin (yours truly) reflects on the scientific evidence linking habitat loss to the spread of diseases, and describes novel policy solutions that could help prevent pandemics and protect nature. While a suite of policies is necessary to prevent further degradation of the natural world, RFF University Fellow Carolyn Kousky has proposed one novel mechanism that could incentivize conservation and restoration: insurance policies for nature itself. While the idea is largely untested and would be appropriate only for select ecosystems, a coral reef off the coast of Mexico currently is protected by an insurance policy funded by public and private dollars, and this type of regime could be replicable elsewhere. “It’s more a way to spread and manage losses over time, than some sort of magic money,” Kousky says. “There are times when it’s going to be helpful, and times when it really doesn’t make sense.”

How can policymakers navigate competing priorities when devising solutions for decarbonizing the US transportation sector?

Decarbonizing the transportation sector will be an essential part of transitioning to a clean energy economy and addressing the climate crisis, especially in a country like the United States, which historically has depended on gas-powered vehicles. Fueling this transition will be innovations in the electric vehicle industry, decreased personal vehicle use, and greater access to public transit. General Motors recently revealed its new electric vehicle—a battery-powered version of its iconic military-style truck to rival Tesla’s electric truck—in hopes of providing an environmentally sustainable option to US consumers who are looking for a large vehicle. But such innovations might not be enough: a new report makes clear that the United States must alter its relationship with cars and public transit if it is to clean up the transportation sector. The coronavirus pandemic has complicated matters further for transit-minded policymakers, as fears over the spread of disease have prompted many Americans to take public transit less and drive personal vehicles more.

A recent report from RFF’s Maya Domeshek, Dallas Burtraw, and Karen Palmer explores the complexity of decarbonizing the transportation sector and uses a novel model to assess the consequences of various transportation policies in terms of their environmental, health, and economic impacts. In an accompanying blog post, Domeshek and Burtraw make clear that their research takes as its foundation that the impacts of different policies, such as investments in public transit or efforts to make electric vehicles more accessible, will be distributed differently across the US population. They also point out that, while emissions reductions are an important goal, some policies might primarily reduce carbon dioxide, while other policies might favor reductions in criteria pollutants; policymakers should consider these trade-offs. “A portfolio of policies—along with the intentional engagement of community partners—may best allow [jurisdictions] to balance air pollution reduction and carbon reduction, the transportation needs of transit users and vehicle users, near-term and long-term benefits, and certain versus uncertain outcomes,” say Domeshek and Burtraw.

Chart of the Week

The interactive map above quantifies the differences among states between their percent of votes for Joe Biden in this year’s presidential election and their level of support for more government action in response to climate change. These data are based on survey results from RFF’s Climate Insights 2020 reports. Generally, states that overwhelmingly support President Donald Trump exhibit large differences, such as Mississippi, West Virginia, and states in the Great Plains.

Hover your mouse cursor over the map to see more detailed data for each state. 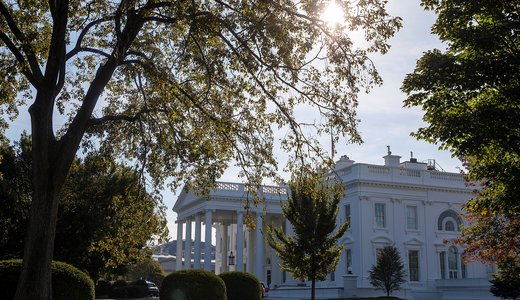 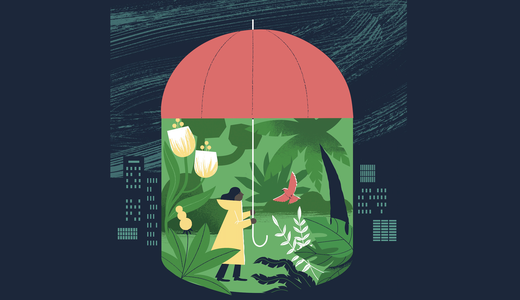 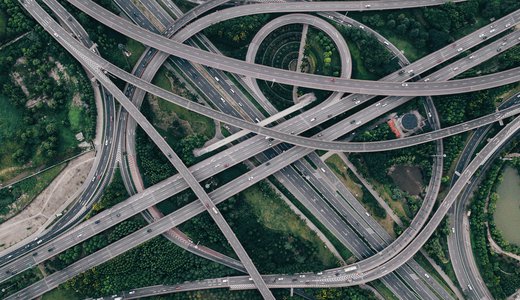