Globally, we are presently emitting approximately 10 Gigatonnes of carbon (GtC) annually. The Intergovernmental Panel on Climate Change’s (IPCC’s) Representative Concentration Pathway (RCP) 8.5 has an emissions trajectory according to which emissions worldwide will climb to 29 GtC per year in 2100. The more sanguine RCP 3 emissions pathway (a peak and decline scenario) puts us at -0.4 GtC (negative emissions) in 2100. So how much will emitted carbon increase the atmospheric concentration of the greenhouse gas carbon dioxide (CO2)? That depends on the carbon cycle. The gap in our current understanding of the global carbon cycle is captured well and in relatively straightforward terms by David Archer in his highly acclaimed 2010 book, The Global Carbon Cycle: "[T]he natural carbon cycle is a wild card, as large an uncertainty as that of our own CO2 emissions." The fundamental scientific challenges of understanding the carbon cycle have not changed much since.

One of the jokers in the deck is glacial–interglacial fluctuation. Near the end of the most recent interglacial period 120,000 years ago, and again in 1750, the concentration of atmospheric CO2 was about 280 parts per million (ppm). In the last glacial maximum, which peaked about 18,000 to 20,000 years ago, sea levels were 120 meters lower than today, average surface temperatures were 3–8ºC colder, and atmospheric CO2 was between 180 and 200 ppm. We do not know how this disappearance and reappearance of that 100 ppm transpired. Archer notes in his book that “the unfortunate implication of our ignorance is that we are unable to predict how the ocean carbon cycle will eventually respond to the provocation of our fossil fuel CO2 release.”

Another joker is the “missing sink.” In recent years, we have pumped nearly 10 GtC into the atmosphere per year and the atmospheric concentration has been growing by about 4.3 GtC (or 2 ppm) per year, and increasing over time. Where is the remaining 6 GtC per year going? Our best estimate is that the ocean takes up 2.4 GtC per year, and it appears that land has been absorbing 1 to 2 GtC per year. (In its Fifth Assessment Report, the IPCC’s Working Group I simply treats the land sink as a residual computed to make the absorbed and emitted carbon balance [see Table 6.1]). Neither the mechanism (beyond that photosynthesis is involved) nor the location of the missing carbon is known with a high degree of certainty. In David Archer’s words, “It's not easy to predict how the land biosphere carbon reservoir will play its hand, whether it will dump carbon or hoard it in response to human CO2 emission. The problem is that it's not clear what processes or mechanisms are controlling the carbon uptake of the land surface today, making it difficult to project into the future. Also, humankind controls a lot of the land surface, so predicting its behavior as a carbon reservoir in the coming century is as much a sociological question as a physical science one.”

Policymakers need a science-based approach to quantifying the full range of uncertainty about future climate impacts. The new guidelines for estimating the social cost of carbon require predictions out to the year 2300. The IPCC’s Fifth Assessment Report generally stops at 2100. In 2100–2300, the slower carbon cycle feedbacks may accelerate, including responses of methane clathrates, permafrost carbon and methane, and diminution of ocean uptake.

One way of characterizing carbon cycle uncertainty is illustrated by the Coupled Model Intercomparison Project (CMIP). The latest iteration, CMIP5, is described by Friedlingstein et al. (2014). The CMIP5 protocol recommended that only one scenario—the RCP 8.5—be run using the corresponding CO2 emissions as a forcing function to test the carbon cycle response: historical CO2 emissions from fossil fuels and land cover change  as well as twenty-first-century emissions corresponding to RCP 8.5 (as emulated by the MAGICC model). Results from 11 Earth system models, which produce the carbon cycle responses to forcing, are reported by Friedlingstein et al (2014). To judge how well this ensemble of models captures the uncertainty going forward, it is helpful to see how well they retrodict the past. The observed CO2 concentration in 2005 was 379 ppm. The 11 simulated CO2 concentrations for 2005 range from 358 to 403 ppm. The observation-derived estimate of the cumulative ocean sink from 1850 to 2005 is 141  ± 27 GtC. The Earth system models ranged from 91 to 151 GtC, with one outlier of 360 GtC.

The CMIP5 exercise goes to only 2100. Concentrations of CO2 in the RCP 8.5 scenario associated with the prescribed emissions in the CMIP5 experiments are 944 ppm. The values from the 11 Earth system models range from 794 to 1149 and global surface temperatures range from 2.5ºC to 5.6ºC.

It is unclear whether experiments like CMIP5 over- or underestimate the uncertainty because of the statistically small number of Earth system models, the spotty performance on retrodictions, and possible dependencies among models from common components, similar parametrizations, and so on.

Society is not going to resolve the carbon cycle uncertainties before making decisions that will impact the Earth’s atmosphere for hundreds of years. We can and should spend a bit of effort to achieve a science-based quantification of uncertainty of the carbon cycle. The new guidelines for estimating the social cost of carbon recognize that assessing long-range uncertainties will require structured expert judgment. Science-based expert judgment methods are well-established in many fields and are gaining general acceptance. 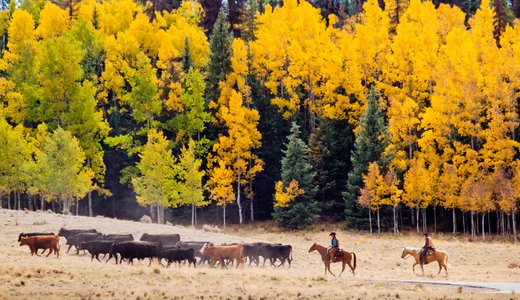