Valuing Conservation in the Context of Climate Change

Carolyn Kousky and Margaret A. Walls

In the twentieth century, flooding caused more deaths and property damage in the United States than any other natural disaster. Most climate models predict that flooding will worsen in the future, a prospect that is leading a growing number of communities to explore the use of natural areas as protection against extreme events. These areas are currently providing flood mitigation benefits. They store floodwaters and lessen the flow to area streams and rivers; in coastal areas, they may protect against storm surge and flooding from hurricanes. Perhaps most important, by remaining undeveloped, they reduce exposure to storms. But how much more valuable will the lands become if floods are more frequent or severe in the future

With our coauthor, Ziyan Chu, we recently came up with a dollar value of these climate resilience benefits for the case of a specific investment in natural areas in the state of Missouri—the Meramec Greenway. The greenway is an area of mostly forested protected lands extending along 108 miles of the Meramec River. In an earlier study, we estimated the benefits—flood damages avoided and recreational and aesthetic benefits—and the opportunity costs of the lands under current conditions. In this study, we calculated the additional benefits that the greenway might provide in four climate change scenarios, two in which peak discharges increase and two in which the frequency of flooding increases.

First and, in our view, foremost, the greenway provides a substantial flood mitigation benefit right now, even before considering increased risks from climate change. According to our estimates, the current protected lands yield an average annual benefit in the form of avoided flood damages of $13.1 million a year, or about $6,000 per acre. If climate change causes peak discharges to rise by 30 percent, an increase consistent with some of the (limited) literature on how climate change will affect flood risks in the region, the benefits of the greenway are $4.5 million higher. If peak discharges rise by 50 percent, which we look at as an upper bound, the benefits of the greenway are $7.9 million higher. If the frequency of flood events doubles, the benefits double. And finally, if the frequency of only the worst events doubles (the 100-, 250-, and 500-year events), we find that the benefits increase by just $1.2 million, or 9 percent.

Our methodology calculates the benefits from reduced exposure to flooding—that is, the benefits from keeping developed properties out of harm’s way. It does not calculate the additional hazard mitigation benefits that might be provided by forest cover in terms of altering the hydrology of the riverine environment. In our setting, these benefits are likely to be much smaller in magnitude than those from reduced exposure. In other settings, a more comprehensive assessment may be worthwhile, though we feel that reduced exposure is a first-order concern in all locations. More research into the timing issues with climate change may also be worthwhile. We find that our benefit estimates are lowered by a sizeable amount if flooding worsens gradually over time and if we discount future benefits. These dynamic issues deserve further study, particularly if climate resilience is a motivator for conservation activities today.

Communities considering conservation investments to improve resilience to climate change need to think about the benefits and costs. Our analysis provides some guidance on first steps to doing that. 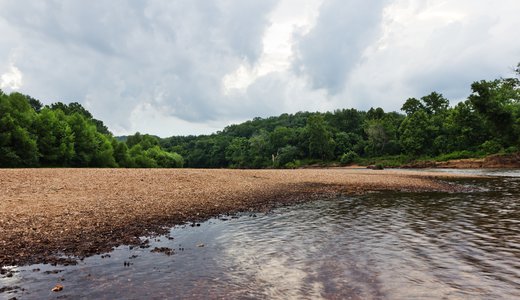 Flooding and Resilience: Valuing Conservation Investments in a World with Climate Change 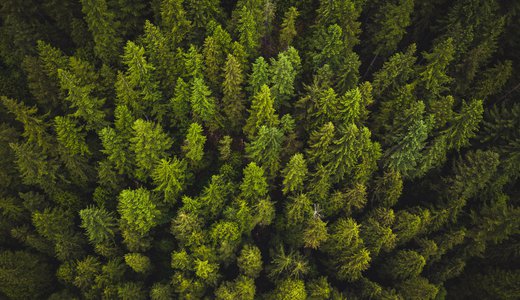 The One Trillion Trees Project and Increasing US Forest Cover