The Potential of Hydrogen for Decarbonization: Reducing Emissions in Oil Refining and Ammonia Production 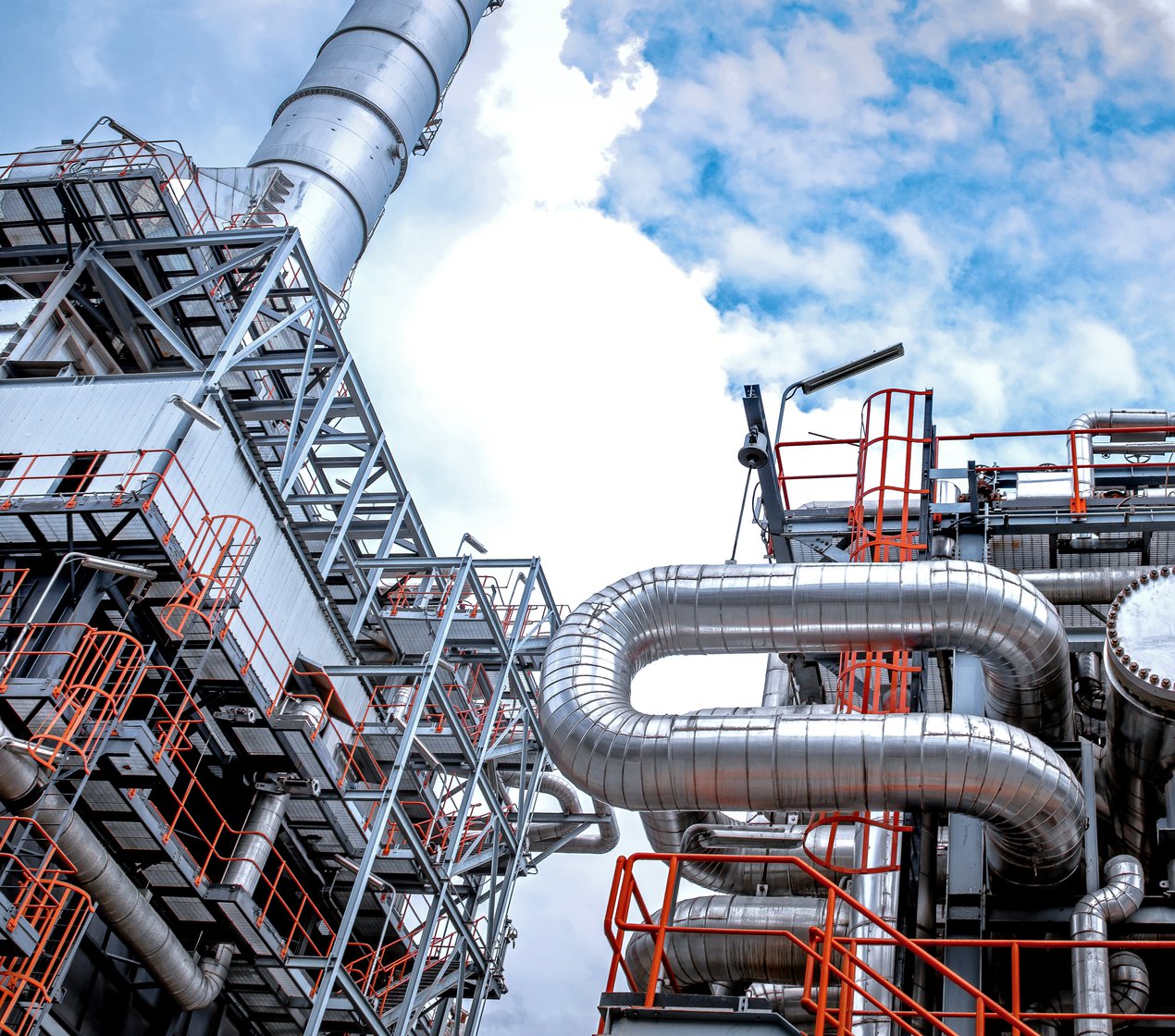 RFF’s Jay Bartlett and Alan Krupnick evaluate the production, storage, and transportation costs of “blue” and “green” hydrogen to identify near- and long-term methods for reducing industrial feedstock emissions.

This article is part of a series in which we expound on a recent report and explore how decarbonized hydrogen compares to other options for reducing carbon emissions—namely, carbon capture, utilization, and storage (CCUS) and electrification with zero-carbon power. By evaluating decarbonized hydrogen against these other two options, we explore when, where, and how hydrogen is likely to be a cost-effective method for reducing CO₂ emissions. Previous blog posts have compared blue hydrogen with end-use CCUS and green hydrogen with zero-carbon power. This and subsequent articles will consider technology options and effective policy mechanisms for decarbonizing the industrial and power sectors.

About 80 percent of dedicated hydrogen production (hydrogen also is generated as a by-product of other processes) is used as a feedstock in either oil refining or ammonia production. Reducing feedstock emissions in these two applications would considerably shrink the emissions footprint of hydrogen. Switching to biomass-derived feedstock would be too expensive in the short to medium term, so the only feasible decarbonization option is replacing high-carbon hydrogen with either blue or green hydrogen. To determine which type of decarbonized hydrogen would be more cost-effective for oil refiners and ammonia producers, we will assess in this article the costs of blue and green hydrogen production as well as the costs of hydrogen storage and transport.

Blue hydrogen results from first capturing the CO₂ emissions from either natural gas reforming (known as “gray” hydrogen, which predominates in the United States) or coal gasification (known as “brown” hydrogen, which predominates in China), and then utilizing or storing this CO₂. Because gray hydrogen dominates the US production of hydrogen, we will focus in this article on the “gray path” to blue hydrogen, produced through natural gas reforming and CCUS. In this process, natural gas—mostly composed of methane—both provides the supply of hydrogen atoms and serves as the source of heat to facilitate the reaction. The most common method of hydrogen production from natural gas is steam methane reforming, which emits highly concentrated CO₂ from the reforming process and less concentrated CO₂ from natural gas combustion. Applying CCUS to the steam methane reforming process stream would produce blue hydrogen with 50 to 60 percent less CO₂ emissions than gray hydrogen (from around 10 kg CO₂ per kg H₂ produced to around 5 kg CO₂ per kg H₂). Applying CCUS to both the process and combustion gases in steam methane reforming could reduce emissions by roughly 90 percent or more, as shown in Figure 1.

As shown by the gray and blue bars in Figure 2, the current costs of producing blue hydrogen rise with increasing rates of CO₂ capture. Capturing emissions from the process stream adds approximately $0.25 per kg H₂ to the cost of gray hydrogen, implying an abatement cost of about $50 per ton of CO₂, which is equal to the 2020 global social cost of carbon estimate used by the US Environmental Protection Agency under the Obama administration (in 2019$). Additionally, capturing less concentrated CO₂ from the exhaust gases would add a further $0.40 per kg H₂ to the cost of blue hydrogen, with an abatement cost of over $100 per ton CO₂. However, blue hydrogen production costs are expected to fall within the next ten years as carbon capture equipment costs decline and infrastructure expands. Moreover, the cost of blue hydrogen could decrease with a transition from steam methane reforming to autothermal reforming, in which the process and combustion emissions are combined. The Hydrogen Council projects that blue hydrogen from autothermal reforming, which would capture up to 95 percent of CO₂ emissions, could cost $1.25 per kg H₂ by 2030 (the blue circle in Figure 2), which is only $0.20 per kg H₂ more than the low end of steam methane reforming costs today.

Rather than using fossil fuels as the source of hydrogen atoms and reaction energy, the production of green hydrogen involves splitting water through the use of electricity generated by nuclear or renewable energy. For electrolytic hydrogen to be green, the power must be from zero-carbon generation. As shown in Figure 1, producing hydrogen through electrolysis using US grid electricity would, on average, result in higher emissions than the production of brown hydrogen.

As Figure 2 makes clear, green hydrogen is significantly more expensive than blue hydrogen to produce, even though the fixed costs—capital and fixed operating costs—of blue hydrogen are higher than those of green hydrogen, and the processes to produce both blue and green hydrogen involve similar energy efficiencies. This disparity in production costs is due to two factors. First, the energy cost for electricity is much higher than for natural gas. On an energy basis, $3.50 per million British thermal units for natural gas is equivalent to $12 per megawatt hour (MWh) for electricity, which compares with current costs of $30–$40 per MWh for wind and solar power, before subsidies. Second, because green hydrogen production is limited by the availability of zero-carbon power, it operates only a fraction of the time. Consequently, although the capital cost per megawatt of green hydrogen capacity is less than that of blue hydrogen, low utilization causes the capital cost per kg H₂ to be higher for green hydrogen than for blue hydrogen.

Reducing the cost of green hydrogen thus hinges on lower power costs and lower capital costs per kg H₂. In optimal locations, solar and onshore wind power costs may decline to about $25 per MWh in 2030 and $15 per MWh in 2050. Increases in utilization are constrained by the capacity factors of wind and solar energy, but combining wind and solar in locations where their generation profiles are complementary, or including battery storage, could help produce more green hydrogen. Although nuclear power would provide continuous energy, it is too expensive to enable competitively priced green hydrogen. Capital costs per kg H₂ would also decrease with lower electrolyzer costs, which could decline significantly through increased manufacturing scale and automation. Indeed, electrolyzer costs are projected to decline as much as 90 percent by 2050, although much uncertainty exists about whether these reductions will prove feasible. If such low costs are achieved, producing green hydrogen would cost less than gray hydrogen, even before accounting for CO₂ emissions.

For an oil refinery or ammonia plant, the delivered cost of hydrogen is more relevant than its production cost. Unless hydrogen is produced on-site, the delivered cost also includes transportation and storage costs. Because hydrogen has a very low density and the potential to embrittle steel, storage and pipeline costs are considerably more expensive for hydrogen than for natural gas. Salt cavern storage, the least expensive option for hydrogen, may cost $0.11–$0.23 per kg H₂, and hydrogen pipeline transport may cost $0.05–$0.10 per kg H₂ for every 100 kilometers. Even with optimal storage and over small distances, transportation and storage costs would add significant expense to the delivered cost of hydrogen.

Read more articles from the "Potential of Hydrogen for Decarbonization" blog series:

The Potential of Hydrogen for Decarbonization: Evaluating Low-Carbon “Blue” Hydrogen Against End-Use CCUS

Decarbonized Hydrogen in the US Power and Industrial Sectors: Identifying and Incentivizing Opportunities to Lower Emissions