But public lands are facing many challenges so it’s important to ask: what are the implications of the new outdoor recreation economy movement for public lands management and policy?

On the one hand, the movement brings outdoor recreation back into natural resource policy discussions, which hasn’t happened in earnest since the 1960s and 70s. That era saw the passage of several key pieces of federal legislation including the National Outdoor Recreation Act of 1963, which established the Bureau of Outdoor Recreation, an agency within the Department of the Interior (eliminated in the early 1980s); the Wilderness Act of 1964; the 1965 Land and Water Conservation Fund (LWCF) Act, which provided funding for parks and conservation; and the Wild and Scenic Rivers and National Trails System Acts in 1968. In the decades since, recreation received less attention.

Having estimates of the contribution of outdoor recreation to GDP also helps put the sector on more of an equal footing with others where such economic statistics have long been more readily available. These include industries such as mining, forestry, and agriculture that also make use of public lands. In policy discussions that often focus, for better or worse, on how many jobs are gained or lost from particular programs or policies, having numbers for the outdoor recreation industry is helpful. (For what it’s worth, the mining sector contributed $358 billion to GDP in 2016 and accounted for 626,000 jobs.)

The new state government offices are also likely to draw more attention to public lands issues in policy and budgetary debates. Land stewardship is one of the four focal points in a new agreement signed by eight state representatives, thus we can expect some focus on public lands management, though it is unclear how much that will, or can, extend to federal lands. Furthermore, the state offices have small staffs and low levels of funding; much remains to be seen about how much influence they will have in state legislatures and on Capitol Hill.

Despite these developments, the new movement does not directly address some of the problems our public lands face and could even make some worse. One of these is the congestion and underfunding problems in our national parks. Utah is a good example. It has a Mighty 5® promotional campaign focused on drawing tourists to five national parks: Bryce, Zion, Capitol Reef, Arches, and Canyonland. Campsites and lodging in these parks in the peak summer season are booked far in advance, leaving many visitors to rely on hotels and campgrounds in nearby towns. This provides an obvious boost to the economy, increasing local jobs and income and contributing to state and local tax revenues. But the National Park Service receives none of this money directly and is left facing the same long-standing problems: overcrowding and inadequate resources to address repair of aging facilities and degraded infrastructure.

Sustained attention in the policy arena is needed to find solutions to these problems and others. The Park Service needs a careful study of alternative fee structures and other approaches to visitor management, including some experimentation across the system to learn what works. Policymakers need a serious discussion about the best ways to provide adequate annual funding for park operations. A current bill in Congress proposes using oil and gas lease revenues over a 5-year period to clear the $11.6 billion deferred maintenance backlog but this is not a permanent solution to park funding. Innovative approaches need to be put on the table, including some successful methods used at the state and local level such as park endowment funds and dedicated sources of revenues.

In addition, while figuring out how to manage visitation and pay for operations at existing sites is important, the growing demand for access to the outdoors signals that supply probably needs to increase to meet demand. This means we need analysis, debate, and discussion over how best to provide new parks, trails, and other sites for outdoor recreation. Some of this needs to take place at the state and local level—more parks may be needed closer to where people live—but federal lands are also a concern. The current administration has accelerated oil and gas leasing on public lands (much of it with tepid interest from industry) while ignoring the value those lands provide for outdoor recreation. Furthermore, the LWCF expires at the end of this month unless Congress reauthorizes it, which means the only dedicated federal funding source for new parks and recreation sites may die.

By all means, let’s recognize the economic contributions of the outdoor recreation industry. But let’s also recognize the public lands supporting that industry and get to work addressing the many problems they face. 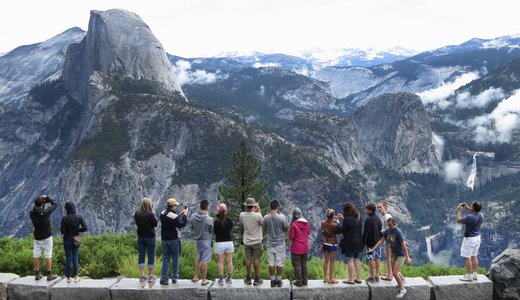 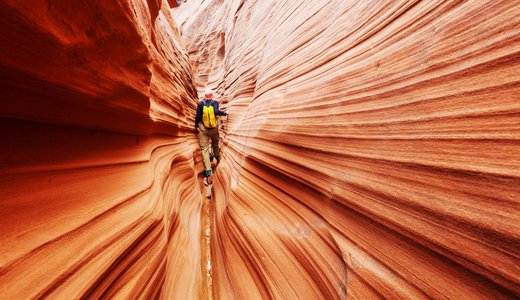