With more and more people on the roads, the transportation sector continues to be the largest source of energy-related carbon dioxide emissions in the United States (see Figure 3 from the US Energy Information Administration). However, in a major effort to reduce these emissions, the Environmental Protection Agency (EPA) and the National Highway Traffic Safety Administration (NHTSA) developed new regulations for the fuel economy of light-duty vehicles that set successively stricter emissions standards on manufacturers up to the 2025 model year.

As shown below in Figure 1, after several decades of roughly constant standards, the new standards require fuel consumption and greenhouse gas emissions to fall steadily through 2025, by about four percent per year. The standards will ultimately reduce annual fuel consumption by about half.

These regulations represent a departure from the past in a number of ways, not just in the overall increase in stringency. For the first time, both fuel consumption and greenhouse gas emissions are regulated together. Also, instead of a fixed emissions limit, each vehicle is subject to a different standard based on its footprint. Finally, there is added flexibility for manufacturers through increased opportunities to earn and trade credits within their own fleets and even from one manufacturer to another.

With so much that is new and so much at stake, the outcomes of these regulations are likely to be complex and different from what EPA and NHTSA expected when they first jointly set the standards. Looking at evidence as it becomes available is particularly important for these new rules. In fact, the agencies are in the process of conducting a formal mid-term review of the regulations and setting standards for the latter years of the regulations, 2022 to 2025. 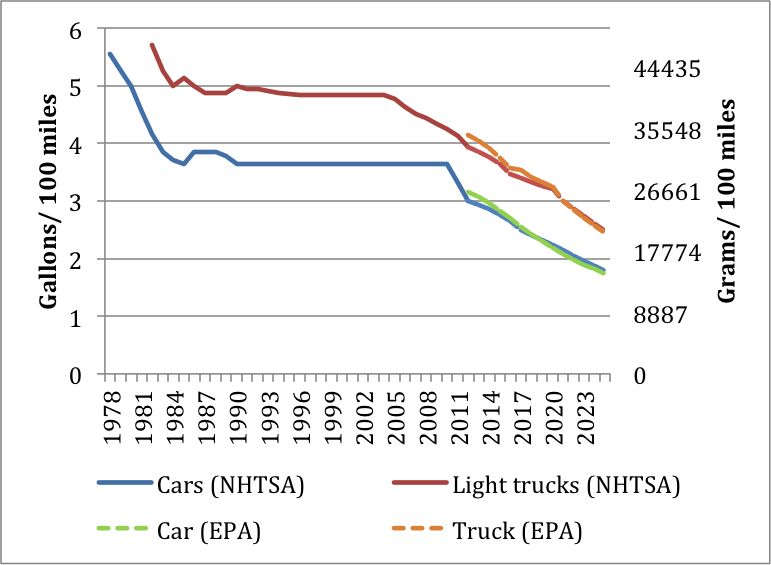 Up next in the series: How Do Gas Prices Affect New Vehicle Sales? 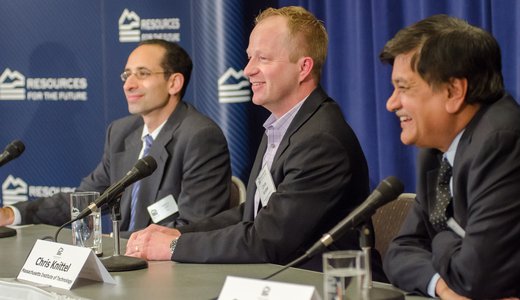