States Can't Take the Credit, But They Do Matter

In America, the story goes, states lead on climate policy and the federal government follows. That argument is probably overstated a bit today, but it will become increasingly true in the future.

Cap-and-trade programs in California and the Northeast and renewable portfolio standards across the country are the only major policies in place aimed specifically at reducing greenhouse gas emissions. With EPA now working hard on the first federal emissions-cutting program for power plants (the largest-emitting sector) in the form of Clean Air Act performance standards for existing sources, states are unsurprisingly lobbying to preserve the programs they have in place and their freedom to regulate as they see fit. The states participating in the Regional Greenhouse Gas Initiative and, separately, a group of 15 states (including California, Colorado, and Illinois ) organized by the Georgetown Climate Center have both submitted open letters to EPA encouraging the agency to make regulations as flexible as possible while leaving broad discretion to states and allowing them to take credit for progress made already.

Both letters overstate their case a bit by pointing to recent emissions reductions as evidence that state climate policies have been successful - the 15-state letter, for example, claims that "Through market-based programs, renewable portfolio standards, energy efficiency resource standards and funding commitments, utility planning, and other efforts, our states have reduced carbon pollution from the electricity sector by 20 percent from 2005 to 2011."

It's of course true that US emissions have declined significantly in recent years, but state climate policies probably haven't played a large role. Most such policies are either just now coming into effect (as in California) or are in effect but aren't currently binding (as in the RGGI states, and in many states with renewable portfolio standards). Some policies, like state-level energy efficiency standards, have been in place for longer, but they're relatively small and their timing doesn't match up with the post-2008 reduction in emissions either. Moreover, emissions have gone down nationwide, not just in states with robust climate policies. This doesn't mean the policies aren't important, but they almost certainly aren't the cause of the emissions reductions. Arguing that they are requires more evidence than correlation alone. The states are probably hurting their case by arguing otherwise, since critics can attack this claim instead of the states' actual proposals.

Some debate continues over exactly why emissions have declined, but it is almost certainly due to a combination of market forces (chiefly cheap natural gas) and environmental regulations having little or nothing to do with greenhouse gases (most aimed at other harmful pollution from coal plants, like sulfur dioxide and mercury). These "secular trends" are likely to continue to play a major role. It's also true that state policies already in place will play a bigger role in the over the next few years as they begin to bite (that is, assuming they are not repealed or otherwise blocked).

But these secular trends illustrate that the states are right to stress their own importance. Making low or zero-carbon energy cheaper depends on states' policy toward shale gas development (pace fugitive methane concerns) and on (partly state-funded) research subsidies for renewable energy. These state policies make alternatives to coal more competitive in the market.

And although environmental regulation on the power sector is led by the federal government, the coming performance standards for existing sources that motivated the states' letters include a larger role for states than any major Clean Air Act program to date. States aren't just responsible for enforcing federal rules or meeting federal targets, but are the primary regulators, with control over the program's structure and stringency. EPA essentially retains only agenda-setting and veto powers.

In their letters, the states ask for nearly unlimited flexibility from EPA to design new emissions-cutting programs and fit their existing policies under the Clean Air Act umbrella. There are likely important legal limitations here. For example, states likely cannot count emissions cuts achieved via offsets or linking with foreign carbon markets, as California plans to do, and enforcement difficulties may make it hard or impossible to credit energy-efficiency programs. Renewable portfolio standards will be hard to fit in too, but perhaps not impossible (more legal thinking is needed here).

Moreover, while allowing states to choose unique policy paths is sensitive to local conditions and creates a policy laboratory, it also makes connecting states into larger carbon markets more difficult, likely increasing the cost of the program per unit of emissions reduced.

But despite these limitations states are on balance right to ask for flexibility from EPA, subject to minimum requirements. Such flexibility increases the chance that moderate states will adopt effective policies (in both costs and emissions terms) and preserves incentives for motivated states to do (or continue to do) more than federal standards require. A minority of states (all of them absent from the recent letters) will use litigation and other tactics to attempt to do nothing. But adopting a uniform national regulatory approach to prevent this probably causes more harm than it prevents.

A national carbon price would still be better than a Clean Air Act-driven climate policy, in my opinion, but preserving flexibility for states is an important part of making the Act work well in the meantime. In any case legislation creating a national price would likely have to accommodate the same state policies to be politically viable.

US Status on Climate Change Mitigation 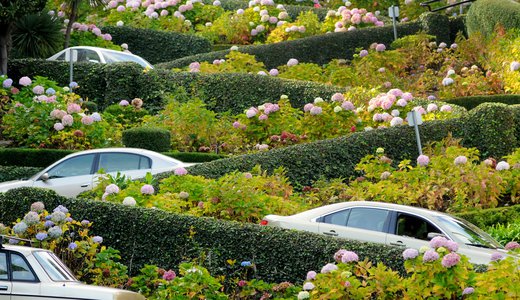