To drill or not to drill? That is the question once again in Alaska’s Arctic National Wildlife Refuge (ANWR). Proponents of drilling promote the advantages of a decrease in the price of oil and reduced reliance on foreign imports. Opponents argue that the only benefit would be windfall profits for oil companies, and that drilling in ANWR would destroy one of the last great wilderness areas on the planet. While advocacy on both sides of the issue is widespread, reliable information and balanced discussion is surprisingly absent.

So how much oil are we really talking about? At prices around $100 per barrel, the U.S. Geological Survey estimates the amount of economically recoverable oil in the federal portion of ANWR to be approximately 7.69 billion barrels of oil (BBO)—an amount roughly equal to U.S. consumption in 2007. Accounting for uncertainty, the estimates range from a low of 4.25 BBO with 95 percent certainty to a high of 11.8 BBO with 5 percent certainty. For purposes of comparison, the estimated amount of oil beneath the outer continental shelf is approximately 86 BBO. Under any scenario, however, it would take several decades to extract all of ANWR’s oil, and forecasts predict a peak around 2025, at which time ANWR would account for three percent of all domestic consumption.

These estimates immediately challenge the two benefits that proponents of drilling most frequently advance. Because ANWR would increase the world’s proven reserves by only 0.6 percent and oil prices are determined in a world market, any effect on the price of oil would be negligible. What is more, with ANWR supplying such a small fraction of domestic consumption, even at its peak, U.S. imports of foreign oil would remain significant even if ANWR were tapped.

The real benefit of drilling in ANWR would be the revenue from selling the oil. Consider that 7.69 BBO at a price of $100 per barrel generates revenue of $769 billion. Subtracting the estimated costs of finding, developing, producing, and transporting this oil, the financial net benefit of ANWR’s oil is substantial—$613 billion. And if prices continue to rise, as many analysts predict, this number could grow substantially larger.

But what about the environmental costs? There is no doubt that ANWR protects a broad spectrum of natural habitats that are unparalleled in North America. These habitats support a number of large animals—including caribou, musk oxen, wolves, wolverines, and polar bears—and some 135 different bird species. While the specific environmental effects of drilling remain uncertain, it is clear that even with minimal adverse effects, many people would feel a loss if ANWR were developed. This is because many are likely to hold substantial “nonuse” values for ANWR; that is, even people who never visit ANWR may benefit from simply knowing that it exists in a pristine state.

Nevertheless, when it comes to policy questions as symbolic and contentious as ANWR, cost-benefit analysis is typically—and perhaps appropriately—employed as a decision tool rather than a decision rule. Beyond economic efficiency, distributional concerns play an important role. Consider how the financial benefits of ANWR’s oil would be divided. We find that the financial net present benefits of $613 billion, based on the $100 per barrel scenario, would be partitioned as follows: $271 billion in industry profits, $72 billion in Alaskan state tax revenues, and $270 billion in federal tax revenues.

These numbers obviously shape the political economy of ANWR today. It is not surprising why the state of Alaska and oil companies favor drilling. And beyond opposition from environmentalists, many people are unlikely to support policies that further increase the profitability of oil companies, which continue to earn record profits while people pay record prices. So ANWR continues to be contentious.

But perhaps the ANWR question can be recast to minimize conflict and create an opportunity. We should all acknowledge that drilling in ANWR would negligibly satisfy our addiction to oil. Nevertheless, it could provide a massive source of revenue to fund scientific innovation, renewable energy, energy efficiency, and climate-change policy. The revenue could be earmarked specifically out of ANWR’s tax revenue or taken out of what would otherwise be industry profit.

Consider that the president’s 2008 budget for all climate change activities was $7.37 billion. This number generously accounts for all expenditures related to science, technology, international assistance, and energy tax provisions. Clearly, the scope of these programs would change dramatically if even a modest portion of ANWR’s $613 billion were directed their way. But, of course, any policy that aims to accomplish this objective would need to ensure safeguards against the type of corruption and incompetence that was recently uncovered in the Interior Department’s collection and spending of oil and gas royalties.

We are in serious need of new ideas for simultaneously satisfying our demand for energy and meeting the challenge of global climate change. While helping to satisfy our demand for oil, drilling and redistributing ANWR’s benefits might provide a somewhat counterintuitive opportunity—one that is at least worth contemplating. It is possible the environmental community might be willing to tradeoff uncertain impacts of drilling in a remote area in exchange for real efforts to address other environmental concerns. 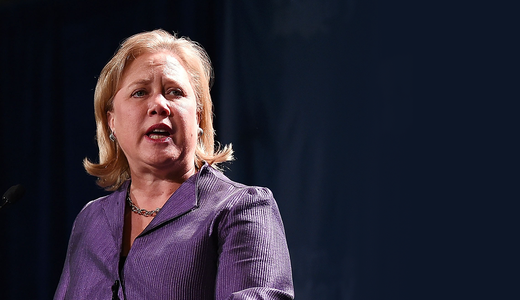 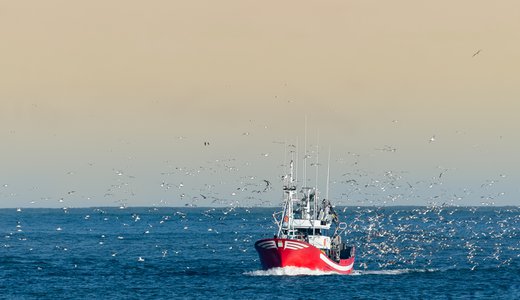