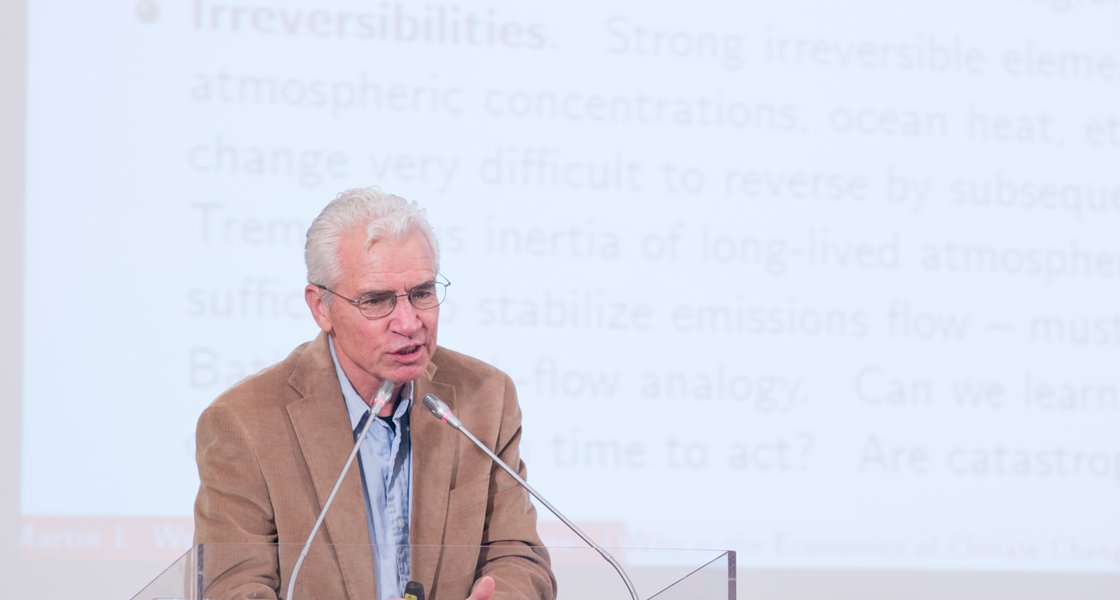 Then there’s Marty the teacher, person, and mensch. The kid from the Lower East Side who never did lose his New York accent. The person who, as a young professor in Cambridge, MA, bought a small, barren island in a marsh in Gloucester, MA, to build a refuge from academic life, a place where he taught himself Bayesian statistics in his sixties to write that equity risk premium puzzle paper, and where he went on a daily swim well into his seventies.

Weitzman was an academic’s academic, a theoretician’s theorist—someone who eschewed the trends in his discipline toward churning out ever more empirical analyses with larger and larger data sets and more and more coauthors. He appreciated and admired the efforts of those who did dive into thorny empirical questions with increasingly powerful computers. His preferred tools: a No. 2 pencil, a legal pad, and a hard wooden chair.

His study at the home he shared with his wife, Jennifer Bäverstam Weitzman, in Waban, MA, included just that. The laptop served mainly as a repository of papers and as a communications device. While Jennifer gave piano lessons in the living room, he focused on his next idea, playing his recorder whenever he felt his mind wander to refocus at the problem at hand.

It was this relentless focus on getting every model, every equation, every sentence just so that yielded some of the most consequential papers in all of environmental economics, his chosen field, and economics more broadly. Prices vs. Quantities began as a study of the Soviet economy, whether price or quantity controls yielded better results. The resulting paper attests to Weitzman’s intellectual nimbleness. His first submission was met with a rejection, and a reviewer’s comment that he might want to tackle a different set of questions, emerging in the early 1970s: whether to price or limit pollution. He recast the paper, his most cited work to date, and refocused a good part of his subsequent work on environmental problems and their solution.

While Weitzman the scholar loved to take on big intellectual problems, it was Marty the person who cared deeply about the world and how to improve society’s lot in it. Unapologetically focused on human well-being, he wrote some of the foundational papers on whether and how to account for natural resources and environmental quality, what has become known as “green accounting” or “green GDP.” Never shy to tackle difficult problems, he focused his final two decades almost exclusively on what he called a “wicked” problem: climate change. His focus: what science does not—perhaps cannot—know.

His work shows how it is precisely these unknowns and potentially unknowables that should lead to more of an emphasis on climate action now. Weitzman’s papers on discounting the far-distant future argue how uncertainty around the right rate should lead to declining discount rates over time: the farther out one goes, the lower the rate. His work on climate risks and uncertainties argues how it is precisely this tail risk that dwarfs all else. He termed the insight the “dismal theorem”—not because he liked the term, but because it brilliantly summarized the conclusion.

Weitzman had epic debates with some of his peers. With Christian Gollier, he debated the right way to think about the term structure of discount rates, culminating in one of his rare coauthored papers, Gollier and Weitzman (2010), once it became clear that both were looking at the same question from two different sides. With Bob Pindyck and Bill Nordhaus, he debated the implications of tail uncertainty and how to make sense of climate risk. In one of his most consequential policy-focused papers, he argued how the Stern Review on the Economics of Climate Change was “right for the wrong reasons.”

Weitzman the scholar will be remembered for many towering intellectual achievements. Marty the teacher, colleague, and friend will live on in our hearts, as generous with his time and devoted to making life better for all. Marty Weitzman the person would have loved nothing more than for his insights to rattle the status quo and to spark debates that will undoubtedly continue for years to come. 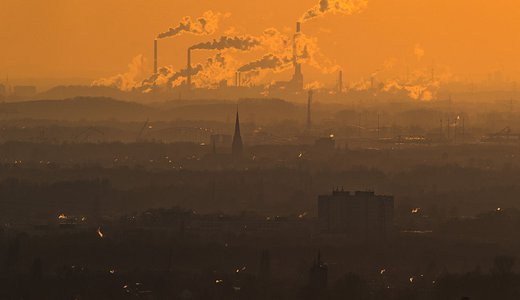 Learning from Thirty Years of Cap and Trade

A Two-Way Street Between Academia and the Policy World