The Trump administration issued a regulatory impact analysis this week for its proposed repeal of the Obama administration’s Clean Power Plan (CPP). In it, the administration focuses on the uncertainties and controversies on the benefits side of the original Clean Power Plan, making assumptions that reduce the benefits. In its analyses of other rules on the chopping block, the Trump administration has taken a similar tact by changing the calculations to incorporate a domestic (rather than a global) estimate of the social cost of carbon (SCC)—a change that is enough to make the net benefits of repealing the methane rule, for instance, positive. (Ed note: RFF’s Casey Wichman details the distinction between global and domestic estimates of the social cost of carbon in the new issue of Resources.) The administration’s move to rescind the Clean Power Plan includes this change, but the estimated benefits that go beyond the direct purpose of the rule (known as ancillary or co-benefits) are significant enough that changing the number for the social cost of carbon alone is not enough to tip the balance and make net benefits of repealing the rule positive. For the Clean Power Plan, the purpose of the rule is controlling carbon dioxide emissions—but in controlling carbon, other pollutants are also reduced (in this case, fine particulate matter, PM2.5), helping to improve air quality and public health.

So, the Clean Power Plan analysis wades into the hazy and complex area of the relationship between concentrations of PM2.5 and mortality risk. While still keeping the benefits estimation methodology used in the original regulatory impact analysis of the Clean Power Plan as its main result, the new analysis by the Trump administration presents two sensitivity cases, both unprecedented in similar analyses for other rules. One assumes a threshold for health effects beginning at the PM2.5 level set by the National Ambient Air Quality Standard (NAAQS), currently 12 micrograms per cubic meter (µg/m3) annual average; the other, a threshold for health effects at the lowest measured level (LML) of PM2.5 concentrations in the two epidemiological studies used by the administration to derive the concentration–mortality response relationship (Krewski et al. 2009, LML = 5.8 µg/m3; Lepeule et al. 2012, LML = 8 µg/m3). Below these thresholds, any reductions in PM2.5 concentrations are considered to have zero benefit. With reductions in PM2.5 primarily found at levels less than the current NAAQS standard, most of the benefits found in the original regulatory impact analysis for the Clean Power Plan are zeroed out by using the first threshold, although enough benefits remain under the second threshold assumption that the net benefits of repeal are still negative.

It is legitimate for the administration to raise the issue of uncertainties. There are still uncertainties about the link between levels of PM2.5 and mortality—even though it is the most studied air quality–health linkage in the world. The original RIA noted that “it does not capture the full range of uncertainty inherent in the health co-benefits estimates.” The Trump administration’s new analysis to repeal the Clean Power Plan picks up on this theme (and much of the same language), while taking a broader perspective: “The analysis underscores the profound uncertainties associated with possible outcomes of the CPP implementation analysis and, therefore, the preliminary repeal being offered at this time.”

The issue is how to best address in a benefit–cost analysis the uncertainties inherent in any empirical study or a body of research. We wrote about this topic recently in the context of the Trump administration’s plans to repeal an EPA water protection rule, known as the Waters of the United States. One approach typically used in regulatory impact analysis is to represent model uncertainty. For the Clean Power Plan, in both the analysis of the original rule and the Trump administration’s new analysis to support repeal, this involves presenting a range of benefit estimates to reflect the relationship between PM2.5 concentrations and premature mortality found from different studies. Statistical uncertainties are not typically presented—though they are inherent in any empirical study and represent the less-than perfect fit in the data linking PM2.5 to a given health impact.

But the Trump administration’s move to repeal the Clean Power Plan follows a rarely used and less defensible method of accounting for uncertainty in regulatory impact analyses such as this—it assumes the existence of a threshold at the standard below which no health effects occur. The health literature does not support such an assumption, a point made clear in a 2010 summary of expert opinions. Potentially more defensible is the assumption of no effect below the lowest observed concentrations in the data from the key studies. In this case, the data cannot identify the shape of the concentration-health response relationship at lower PM2.5 levels. So, as a bounding analysis, such an assumption seems reasonable. Indeed, one way of improving the analysis would be to ask where the threshold would have to be to translate to benefits low enough for the benefits foregone from repealing the rule to be equal to the cost savings from repeal. Given that result, one could then ask if there is any literature to support such a threshold.

One point to fault the administration in this case is in its explanation of the shortcomings of the original regulatory impact analysis of the Clean Power Plan. For “co-benefits from non-greenhouse-gas pollutants,” the Trump administration notes the following: “The Obama administration relied heavily on reductions in other pollutants emitted by power plants, essentially hiding the true net cost of the CPP by claiming benefits from reducing pollutants that had nothing to do with the rule’s stated purpose.” This statement about hiding the true net costs is flat-out wrong. The true net costs include the co-benefits because controlling carbon dioxide emissions, given current mitigation options, inevitably will mean reducing other pollutants as well. These co-benefits from reductions in pollution beyond carbon emission need to be counted for a full and fair analysis.

To give the Trump administration credit, however, its regulatory impact analysis to repeal the Clean Power Plan notes that “these analyses are designed to increase transparency rather than imply a specific lower bound on the size of the health co-benefits.” It also notes that “We seek comment from the public on how best to use empirical data to quantitatively characterize the increasing uncertainty in PM2.5 co-benefits that accrue to populations who live in areas with lower ambient concentrations.” 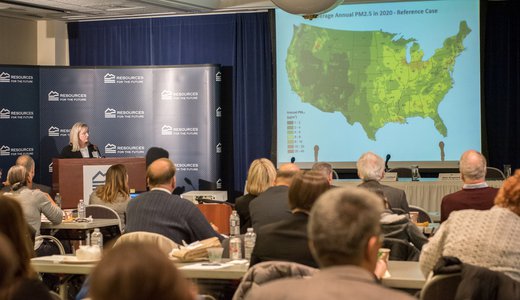 What Does Repeal of the Clean Power Plan Mean for Future Climate and Energy Policies?

Economic Reregulation, Environmental Deregulation, and the Future of US Coal-Fired Generation 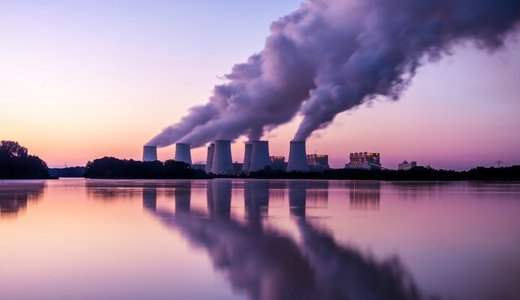