The challenge of reaching a workable accord for greenhouse gas emissions abatement depends on an underlying consensus about several critical factors. On the policy front, a recurrent and key issue is the need to consider the comparative virtues of a carbon (or carbon-equivalent) tax, a tradable permit system, or some coexisting hybrid of the two instruments for controlling emissions. For a tax, determination of its dollar magnitude is critical. This is commonly expressed as the social cost of carbon (SCC)—that is, the monetary deterrent against the damage an incremental ton of carbon dioxide (CO2) would otherwise inflict on the world.

The prevailing estimate of the SCC is about $40 per ton of CO2 (or around 45 cents per gallon of gasoline), if imposed beginning in the year 2020. The purpose of this blog post is not to dispute the size of that number or the methodology on which it rests. Rather, it is to illuminate the way in which the SCC (or any such global estimate) poses a dilemma when folded into a benefit-cost analytical framework that, in its scope, departs from one that, at least in the United States, has for decades underpinned the steadily growing field of environmental economics (and, in more recent years, has been reflected in specific cases of environmental decisionmaking). We see this playing out with the benefit-cost analysis underlying the US Environmental Protection Agency’s (EPA’s) final provisions of its Clean Power Plan.

A very brief review of the evolution of benefit-cost analysis in the United States may provide a useful clue to an ongoing, if muted, controversy that has stirred passions in both academic and policy circles. It is an odyssey that begins as an intellectual tour de force, proceeds through conceptual and institutional refinement, and, at the end, achieves operational and empirical legitimacy in regulatory and rulemaking authority.

Much credit for inspiring this multi-stage evolution should be accorded to Ronald Coase, who, in his 1960 book The Problem of Social Cost and follow-on writings, established the intellectual rationale for integrating public goods—with their exposure to nonmarket externalities—into economic orthodoxy. (Its landmark breadth and rigor notwithstanding, Coase’s work was not entirely a bolt from the blue: nearly a century earlier, British economist Arthur Pigou had proposed a tax on externalities.) In its most rudimentary expression, the problem Coase sought to overcome is one where, say, there is a downstream victim of toxic runoff freely discharged upstream—a market failure correctible by providing the downstream party redress through judicial or regulatory relief. (Think of CO2 releases to the atmosphere instead of upstream pollution and the global climate regime instead of the downstream victim—and you’re practically up to date.)

In the years following, Coase’s theoretical foundation segued into a succession of milestones, each of which further strengthened the evolutionary process that led to today’s near fundamental inclusion of benefit-cost analysis in regulatory and environmental policymaking. A 1996 executive order underscored the importance of economic analysis in federal decisionmaking. In line with that Presidential advisory, we reached another key juncture when the Office of Management and Budget (OMB) issued its Circular A-4 in 2003. That circular requires and provides guidelines for the use of benefit-cost estimates in federal agency rulemaking decisions.

Appropriately, EPA proceeded to apply OMB’s guidelines to its regulatory decisions—exercising its authority under the Clean Air Act and other legislation. The agency’s recently finalized rules, governing emissions from existing coal-burning power plants under the Clean Power Plan, are the latest and a major instance of applied benefit-cost analysis. But it is important to note—given the discussion that follows—that Circular A-4 was understood to be exclusively applicable to domestic benefits and costs. The Clean Power Plan relaxes that constraint by making the worldwide benefits of US abatement initiatives very much a part of its analytical architecture.

This brings me to the heart of the matter, signaled by the title of this post. If what’s been sketched out above traces a reasonably faithful and linear time line of development, we need to recognize that we’re now at a point of distinct discontinuity in that path. Simply put, a nation that subscribes and is prepared to adhere to an international climate accord is expected to bear the cost (in the form of the SCC or its equivalence) of its share of worldwide emissions—irrespective of whether that cost falls short of or exceeds the resulting domestic climatic benefits.

At first blush, this seems like a perversion of accepted analysis. In fact, it represents what is arguably the most effective way forward. One needs merely to recognize the inherent inability to trace the path among one or more countries’ greenhouse gas releases, their ensuing presence in atmospheric concentrations, and the resultant damages inflicted on identifiable places around the world. It seems hardly necessary to belabor the point: How much Philippine inundation, Australian drought, or heightened African exposure to mosquito-borne disease originates, say, in Indian coal-burning power plants, EU tailpipe emissions, or fugitive US methane leakage is not measurable, even in principle. In short, the only test of a viable multi-country mitigation approach is whether the worldwide sum of each nation’s emissions abatement costs matches the avoidance of worldwide climatic damages resulting from such aggregated emissions declines.

For an instructive quantitative explication of this line of argument as it applies to the United States, consider a useful rundown prepared not long ago by Harvard economist and RFF University Fellow Robert Stavins. Stavins’ tabulation shows that, provisionally, US compliance costs with EPA’s Clean Power Plan are estimated to come to around $9 billion. As against these outlays, domestic climate benefits (i.e., the avoidance of US climatic damage that would otherwise occur) amount to about $3 billion. To be sure, the net domestic climatic “loss” of $6 billion becomes a net winner of as much as $40 billion if “co-benefit” health impacts (e.g., reduced respiratory distress from particulate emissions) are thrown into the equation. However indirect and, in a sense, unintended, these are, of course, a genuine plus for the United States. (No doubt, numerous other countries will enjoy such associated benefits as well. Some may even be tempted to make their support for climate policy conditioned on those co-benefits.) Still, in a purely global-warming context, our $9 billion expenditure overwhelmingly redounds to the world as a whole to the tune of an estimated global benefit of $31 billion.

That, in essence, illustrates the quantitative backdrop to the domestic-versus-global benefit-cost issue. And it is at this point that, however they may appreciate the extent to which such global warming redress is grounded in ethical arguments, some scholars in both the economics and legal communities take major exception to what they see as an abandonment of established and sound benefit-cost principles—whether in the departure from the strictly domestic dimensions of OMB’s Circular A-4 or from its Coasian intellectual antecedents.

Among economists, most of who appear to be supportive of this broadened framing of the benefit-cost paradigm, one particularly strong dissent has come from Ted Gayer (of the Brookings Institution) and W. Kip Viscusi (of Vanderbilt University). Along with several legal scholars, these two economists find no justification for US government officials going “outside the typical practice for defining the scope of benefit assessment”—that scope being limited, in their view, to purely domestic benefits. Breaching that limit by granting greenhouse gas reduction benefits to US citizens and noncitizens equally would, in their view, “substantially shift the allocation of societal resources. The global perspective would likely shift immigration policy to one of entirely open borders, as the benefits of granting citizenship to poor immigrants from around the world would dominate any costs to current US citizens.” One can see how a position so rigidly framed might easily support judicial and policy challenges to regulatory actions such as the Clean Power Plan and blur the thrust and implications of US climate mitigation initiatives.

For what can be taken as, in effect, a refutation—albeit one stated with a touch less certitude—of the Gayer-Viscusi stand, one might usefully refer to the Interagency Working Group (IWG) on the Social Cost of Carbon’s recent response to comments on the social cost of carbon for regulatory impact analysis. That document reviews numerous comments—ones both favoring and questioning a global benefit-cost perspective. Yet, even while acknowledging that the IWG departs from strict interpretation of OMB guidelines, the review concludes that “The only way to achieve an efficient allocation of resources for emissions reduction on a global basis is for all countries to base their policies on global estimates of damages and [the IWG] will therefore continue to recommend the use of global SCC estimates in regulatory impact analyses.” And, in an aside that might well prompt a rebuttal from purists, the IWG describes Circular A-4 as “a living document, which may be updated as appropriate to reflect new developments and unforeseen issues.” Indeed, it describes OMB, an integral participant in the IWG’s work, as supportive of the focus on global damages.

To embrace a global benefit-cost approach to greenhouse gas abatement is scarcely to wish away a variety of operational impediments that could impair its smooth implementation. Participation in an international accord by low-income developing countries could spur free-riding impulses by some of those countries. For all participating countries, reporting obligations must be scrupulously defined and observed. Recourse to retaliatory measures must be explicitly acknowledged and codified. Nonetheless, in these and other respects, transitioning from a domestically to a globally oriented perspective hardly qualifies as the indefensible perfidy to established policy practices some critics may continue to claim. 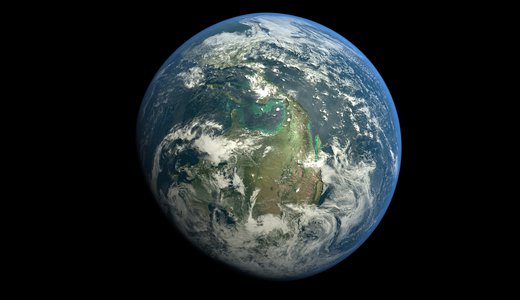