India’s car market has expanded rapidly since the country’s economic reforms in the early 1990s, a trend that is expected to continue well into the future; its passenger fleet alone is projected to swell from 22 million to 112 million vehicles between 2010 and 2030. In the wake of this growth, India is considering the adoption of fuel economy standards in its quest to curb fuel usage and foreign oil dependence. At the same time, India’s lenient taxation of diesel fuel (selling 30 to 50 percent below petrol) has worked against it by encouraging market "dieselization" and overall diesel consumption by new car owners.

India has significant potential to meet its goals through a tax on diesel fuel that could correct some of the imbalances created by its current policy, though a tax on diesel vehicles themselves would be a more politically feasible option. In our new RFF discussion paper, we consider the welfare implications of a price-equalizing diesel fuel tax, a diesel car tax that would prompt a similar market share reduction in diesel cars, and a smaller diesel fuel tax that would result in the same fuel savings as a car tax. To quantify the efficiency of a fuel tax relative to a car tax, we use a JD Power APEAL survey to model joint consumer decisions about which car to buy and how much to drive it based on the strategy in place.

Our results revealed that both a 34 percent fuel tax equalizing petrol and diesel prices and a 25 percent diesel car tax would reduce the market share of diesel vehicles from 34 to 25 percent. A closer look at the data shows that the fuel tax would cause a 7 percent reduction in total fuel consumption by encouraging both car-switching and reduced consumer driving, while a car tax achieves only 2 percent fuel consumption through car-switching. However, while the compensating variation per liter of fuel saved by the fuel tax would be half as much as under a car tax, the taxation of diesel cars would actually cause a negative deadweight loss thanks to buyer shifts from a market with a lower tax (diesel) to one with a higher tax (petrol).

This study has a number of implications for Indian policymakers currently contemplating the use of corporate average fuel economy (CAFE) standards to keep the country’s oil consumption under control. In fact, our estimates of the long-run elasticity of fuel consumption suggest that fuel efficiency standards would unintentionally generate a significant rebound effect. Calculations using our JD Power data suggest that fuel efficiency standards would cause fuel consumption to drop by 20 percent only if their impact on consumer choices about vehicles and miles driven is ignored; once adjusted for, the drop would be closer to 8.5 percent. Ultimately, our evaluation of these three policy alternatives indicates that the Indian government should redirect their attention toward raising taxes on diesel fuel—a move that would likely not be regressive—and away from less efficient CAFE standards.

The Welfare Effects of Fuel Conservation Policies in a Dual-Fuel Car Market: Evidence from India 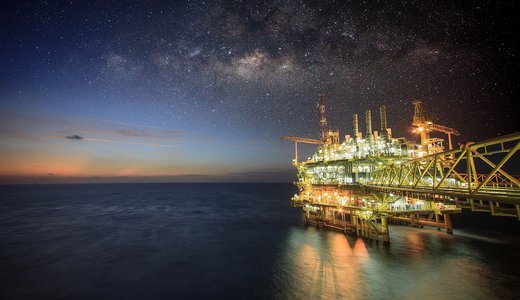 The Global Energy Outlook: What Has Changed Due to COVID-19?