Delhi’s Odd-Even Driving Policy: There Has Got to Be a Better Way

Why are economists, like lawyers and proctologists, universally loved and admired? One reason is our penchant for highlighting the perverse unintended consequences of public policies, particularly policies that ignore behavioral responses. Mexico City’s Day without Driving program is a well-known example. Aimed at curbing congestion and air pollution, it prohibits cars from being driven one day a week based on the last digit of their license plates. A World Bank study conducted just a few years after the program was established in 1990 showed that it actually exacerbated the problems it intended to lessen; many households responded by purchasing second cars (often old, highly polluting clunkers) and increasing overall driving. More recent studies with access to better data have reached the same disappointing conclusion.

Despite consistently unfavorable evaluations of Mexico City’s driving restrictions program, similar policies have recently been implemented in other developing country mega-cities including Beijing, Bogota, Quito, and São Paulo. The political appeal of this approach is understandable. At first blush it appears likely both effective and equitable. Won’t banning one-fifth of cars from the road every work-day cut vehicular pollution and congestion by one-fifth? And doesn’t the policy affect all drivers the same? Perhaps not surprisingly, however, the results of rigorous evaluations of these programs tend to mirror those of Mexico City’s program. Drivers adapt in ways that offset intended benefits, not only by purchasing second vehicles, but also by shifting driving to unrestricted days and times.

Delhi is the latest megacity to jump on the driving restrictions bandwagon. Its two-week trial ‘odd-even’ program, which began January 1, prohibits cars from being driven every other day: those with license plates ending in even numbers cannot drive on odd-numbered days and vice versa. Admittedly, Delhi’s air pollution is jaw-droppingly bad. The World Health Organization ranked it as the world’s worst. And Delhi’s High Court, among others, has referred to the city as a gas chamber. So there is certainly ample cause for regulatory interventions, even drastic ones and there are some reasons not to be completely pessimistic about the odd-even approach. Because it restricts driving every other day, instead of just once a week, it is more likely to have some impact on air pollution. Time will tell. No doubt economists are planning or conducting rigorous evaluations of the program as you read this.

But even if these studies demonstrate that Delhi’s trial program significantly cuts air pollution, policymakers should think long and hard about whether to extend it beyond January 15 for at least two reasons. One is that, as study after study has shown, adaptive responses to driving restrictions that increase driving—including purchasing additional vehicles and shifting driving schedules—will take months, if not years, to play out. As a result, even though the program may have benefits in the short run, these benefits are quite likely to attenuate over time.

Second and perhaps more important: driving restrictions impose huge costs on drivers. The reason is that they treat all trips the same. A commute to a workplace that is not accessible by public transportation is treated the same as driving to a movie theater next to a metro stop. Moreover, the costs imposed by driving restrictions tend to be regressive. They are disproportionately borne by those who do not have the means to hire taxis, purchase second vehicles, and pay to have groceries delivered.

For example, a new RFF study (joint with colleagues in Mexico, Costa Rica and Sweden) found that Mexico City’s program still imposes enormous costs on drivers, even though they have had 25 years to adapt by purchasing additional vehicles, carpooling, and changing commute patterns. We estimated costs at between US $77 to $103 per vehicle per year, about 1 percent of the annual median income. These estimates imply that the total cost of the program is US $367 million to $490 million per year, roughly 3 percent of the 2013 gross domestic product of Mexico City. And not surprisingly, we found that these costs fall disproportionately on lower income drivers.

But if driving restrictions are likely to be ineffective, costly, and regressive, what strategies should policymakers use to cut vehicular pollution and congestion? Ideally, they would compare the benefits, costs, and distributional effects of a range of different strategies including investments in public transportation and market based regulations like fuel taxes and congestion fees. Because market based approaches allow households that value driving the most on any given day to drive on that day, they are likely to be more cost-effective than driving restrictions. 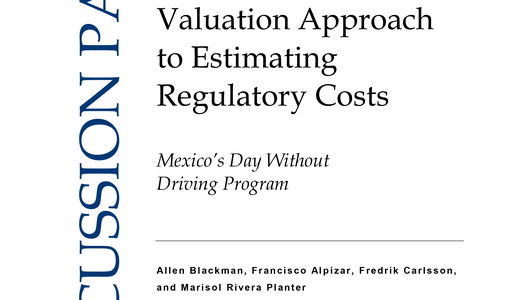 How Costly Are Driving Restrictions Programs? Evidence from Mexico City 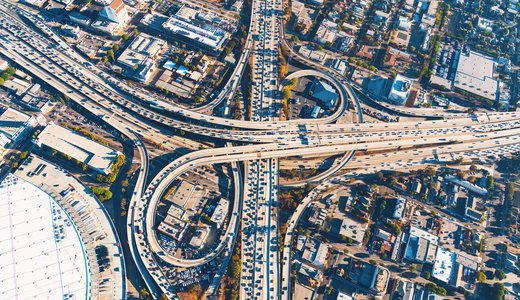