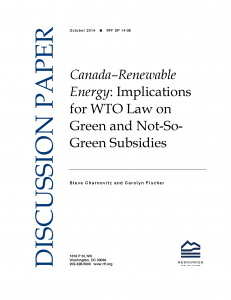 In the Canada–Renewable Energy/Feed-In Tariff case of 2013, the European Union (EU) and Japan brought a case to the World Trade Organization (WTO) against Canada, questioning the validity of Ontario’s decision to combine a generous feed-in tariff (FIT) with a local content requirement (LCR) promoting the growth of renewable energy-related manufacturing. Under this LCR, the minimum required domestic content for large wind installations was set at 50 percent and the minimum for solar voltaic installations was 60 percent—requirements that the European Union and Japan saw as institutionalized domestic content discrimination in violation of WTO policies. In a new RFF discussion paper with Steve Charnovitzof the George Washington University Law School, we summarize the legal arguments of the case, compare and contrast them with the economics of renewable energy policies, and examine the Appellate Body’s findings, highlighting a number of important implications of the Appellate Body’s reasoning.

The European Union and Japan soundly won their case against Canada when it was first brought before the WTO panel. The complainants argued that by enforcing a minimum required domestic content level, Ontario was violating WTO provisions on three separate counts:

Importantly, the third argument rests on a finding that a FIT—one of the most popular renewable energy policy measure worldwide— itself constitutes a subsidy under WTO definitions. Though Canada ultimately lost the case, they did not lose on this third claim because neither the Appellate Body nor the panel reached a judgment on whether a FIT contract constitutes a subsidy. While both agreed that the contracts fulfilled the “financial contribution” prerequisites for a subsidy, they could not agree on whether recipients necessarily received a “benefit.”

While the economics of renewable energy might recognize that the FIT clearly supports the installation of new renewable energy capacity, the payments are made based on generation output; hence, the legal analysis is awkwardly addressing the question of subsidies not for renewable energy equipment, which is traded globally, but for a good (electricity) in which neither of the complainants have trade with Canada. In justifying its unwillingness to classify the FIT, the Appellate Body redefined the relevant market for the benefit assessment. While the panel considered the overall electricity market, the Appellate Body sought to defer to the market the government of Ontario was trying to create, and restricted the relevant market to the covered renewable energy.  In the end, the Appellate Body concluded that it didn’t have sufficient factual findings to make a decision on whether a FIT conferred a benefit and thereby qualified as a subsidy. They did, however, observe that the existence of a benefit isn’t established just because a government sets energy prices, and offered advice on how a judge might make a benefit determination in the future.

The Appellate Body invalidated Ontario’s LCR without declaring the FIT a subsidy subject to WTO obligations, but its decisional logic involving consumer preferences and the nature of governmental market interventions merits further scrutiny on a number of fronts. Ultimately, by avoiding a determination about whether an environmentally minded program confers a benefit under the SCM, the Appellate Body may have actually paved the way for a number of well or poorly intentioned future interventions by governments. One has to wonder if the Appellate Body’s almost acrobatic unwillingness to classify the FIT might be creating as much anxiety as it intended to avoid. Even if the FIT was labeled as a subsidy, finding a trade partner that has been harmed and is willing to challenge it might be the most difficult task of all. And the controversy following a subsidy finding might spark a much-needed conversation in the WTO about carving out well-defined environmental exceptions in subsidies law, akin to those available in setting tariff-related measures. 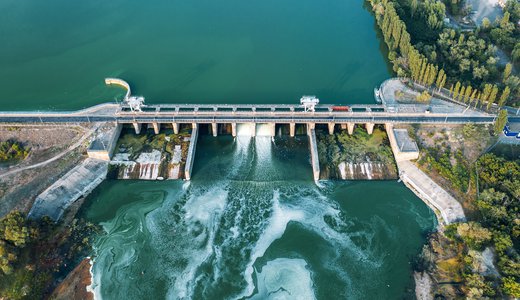 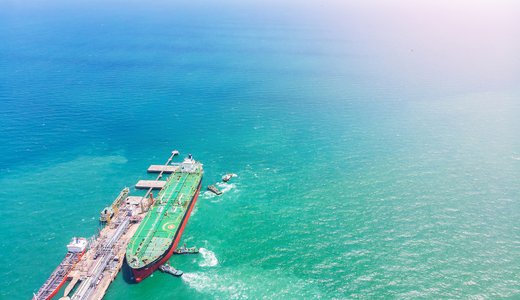