Flood insurance in the United States is offered through the federal National Flood Insurance Program (NFIP). The 2005 hurricane season sent the program massively into debt to the US Treasury. As the deficit grew, Congress focused its attention on the program’s pricing policies. One focus was on the roughly 20 percent of policyholders who pay discounted premiums because their properties were built before the land was mapped as a high flood hazard area. Attention was also focused on whether the premium revenue collected from NFIP policyholders would be sufficient to pay future claims. Rate changes became the subject of congressional reform in 2012 and again in 2014.

Throughout these discussions, private sector pricing, often used interchangeably with the notion of actuarial pricing, has been used as a benchmark for NFIP rates. In addition, congressional legislation calls on the Federal Emergency Management Agency to report on how its premiums compare with what a private insurer might charge. In a new discussion paper, “Pricing Flood Insurance: How and Why the NFIP Differs from a Private Insurance Company,” we explain why, within constraints set by law, the NFIP may currently employ actuarially sound pricing principles. At the same time, because of restrictions on its pricing and operations, the NFIP is not collecting enough premium revenue to cover payouts over the long run, which would not occur with a private insurance company and creates a fiscally unsound program. Indeed, the NFIP is unlikely to be able to recover from its current debt, which now stands at roughly $24 billion.

As we discuss in this paper, NFIP pricing has incorporated other program goals that are at times at odds with its ability to cover payouts for all insured losses out of program revenue. These other goals make the NFIP fundamentally distinct from a private insurance company and may make the analogy to the private sector a poor one. The NFIP aims to encourage communities to implement regulations governing floodplain development, seeks to have widespread participation in the program by both communities and individuals, and aims for insurance to partially take the place of post-disaster federal aid. These can be at odds with risk-based pricing: households are more likely to insure, for example, when prices are low.

While removing the discounts currently in place for some classes of policyholders—a much discussed policy option—would improve the program’s fiscal soundness, it would not be enough to allow the program to cover claims from catastrophic loss years without taxpayer support. Unlike in the private market, however, fiscal soundness is only one of the program’s many goals—all of which influence how NFIP policies are ultimately priced. We conclude that at the core of the policy debate over NFIP pricing is the fundamental question of how future costs of flood losses will be shared by (1) the policyholder in the form of premiums, (2) the federal taxpayer through subsidies to the NFIP, (3) spending on post-flood disaster aid, and (4) by each property owner in the form of uninsured and otherwise uncompensated flood damages as a consequence of locating in a flood-prone location.

Pricing Flood Insurance: How and Why the NFIP Differs from a Private Insurance Company 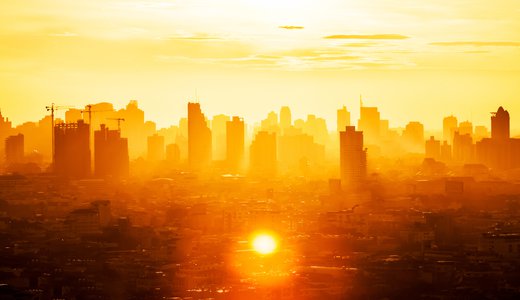