RFF Fellow Carolyn Kousky and Resident Scholar Leonard Shabman have been exploring the role of disaster insurance in promoting household financial resilience to disasters. Kousky sat down with Resources to discuss their work on the topic.

RESOURCES: This is an interesting time to be talking about disaster insurance. We just had terrible flooding in Baton Rouge, and the media has reported that many of those flooded did not have insurance. Is this accurate?

CAROLYN KOUSKY: Unfortunately, it is often the case that many people don’t buy disaster insurance. People in 100-year floodplains are required to purchase flood insurance if they have a mortgage from a federally backed or regulated lender, but in areas where it is voluntary, take-up rates are usually quite low. This is not just limited to floods; it’s a pattern we see with many disaster risks. In California, the take-up rate of earthquake insurance is only about 10 percent.

Coverage for floods and earthquakes is not included in standard homeowners policies. Homeowners have to take out a separate policy. With floods, the vast majority of these are through the National Flood Insurance Program, but there is a small private market emerging.

RESOURCES: What will this mean for homeowners in Baton Rouge who did not have flood insurance?

KOUSKY: We have found that to be assured of the money needed to repair and rebuild, homeowners really need an insurance policy. If flooding is severe enough to trigger a disaster declaration, then the president can authorize spending from several Federal Emergency Management Agency programs. One is Public Assistance, which gives money to local governments to help with response and recovery. This is usually authorized. The president could also choose to authorize Individual Assistance, which provides aid to households. This is done in fewer than half the cases of a disaster declaration—but has been authorized for Baton Rouge.

Individual Assistance, in addition to providing help with immediate response, can give grants for repair and rebuilding. But these grants are capped at about $32,000, and most recipients receive far less than this—on the order of a few thousand dollars. Of the awards made so far around Baton Rouge, the average grant is slightly more than $5,000. The grants are only to make homes safe and habitable, not to bring them back to pre-disaster conditions. And the first line of assistance for homeowners is a loan from the US Small Business Administration. So, the aid to households is actually probably more limited than many people realize.

Now, sometimes Congress passes supplemental legislation and funds other disaster programs—as we saw after Hurricane Katrina and Superstorm Sandy. A notable program for households is the Community Development Block Grant program through the US Department of Housing and Urban Development. States and local governments received billions of dollars from this program after Sandy and have enormous flexibility in how they use those dollars. Some may channel them to homeowners for things like elevations or buyouts. But they also use the money for infrastructure, public buildings, businesses, and other things.

KOUSKY: We have been making the argument that disaster insurance can be an important component to creating economic resilience to disasters for households and communities. One big reason is that insurance often provides larger and timelier payouts than disaster aid. And it reduces the post-disaster costs to households, so they do not need to use their savings or divert other spending to repairs. One study found that homeowners with insurance were more likely to rebuild, which can then limit negative multiplier effects in communities. Insurance also could be used as a tool to encourage investments in risk reduction, although targeted policies are also necessary.

All that said, insurance only provides those benefits if people are insured. There are multiple policy options that should be explored to expand the take-up rate for disaster insurance.

RESOURCES: What are some of those policy options? Are any of them already in place?

KOUSKY: There are a range of options, and we need to do more research to evaluate and compare them. One option would be to include all perils in homeowners policies, but there are some political barriers, as it likely would have to be done by each state individually. Another option that we already have investigated is the possibility of insuring entire communities. For example, a single policy purchased by a local governmental or quasi-governmental body could provide coverage to a large group of properties.

Other policies could address some of the reasons people may not buy disaster insurance, by improving the affordability of the policy, for example. Other reasons might have to do with lack of information or misunderstandings about insurance, the risk, or post-disaster policies. We also have done work showing that flood risk communication programs can be successfully designed if there is a better understanding of how individuals make decisions about these purchases. 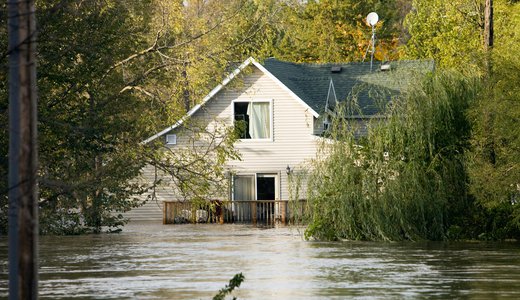 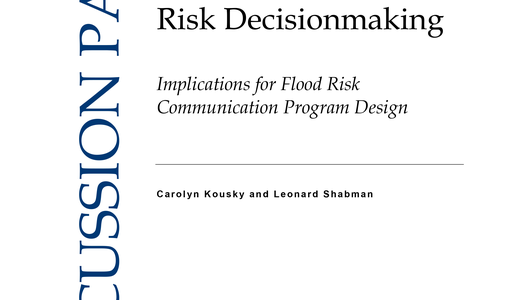