This year, the National Park Service turned 100. In celebration of this anniversary, entrance fees were waived at all parks during National Park Week in April.

The promotion was one of the many ways that the Park Service and its partner, the National Park Foundation, have been encouraging people to get out and enjoy “America’s Best Idea,” the subtitle of Ken Burns’s popular nine-part PBS miniseries on the history of the national parks. In recent years, the agency has started its Every Kid in a Park program, which provides free annual passes to fourth graders and is one of several efforts to get children out into nature. Another program, Find Your Park, encourages all Americans to visit the parks and then share their stories and photos, which are eligible for prizes and other recognition.

Increasing Visitors: A Blessing and a Curse

The parks have been blessed, and cursed, with an overwhelming number of visitors in recent years—a record 307 million in 2015. After many years in which visitation stayed relatively constant, many parks have seen increases of 20 to 25 percent over the past 10 years. But the Park Service may be a victim of its own success.

This growth in popularity has led to overcrowding, especially during the peak summer season. Zion National Park in Utah restricted access to cars 15 years ago in an effort to control congestion and reduce air pollution. But last summer, there were lines 300 deep for the shuttle bus that takes visitors into the park. Yellowstone allows cars but routinely experiences parking shortages as visitors fill lots and then park along roadways. Hikers are hard-pressed to find solitude on some trails in the “crown jewels” of the system, such as Grand Canyon, Zion, and Yosemite, during the peak season. Cabins and rooms in lodges during the summer months in these popular parks are fully booked months in advance.

“The Park Service may be a victim of its own success.”

The Park Service is making some gentle suggestions to travelers to alleviate the problems. It is encouraging people to come to the parks during winter months or eschew the most popular parks and visit some of the lesser-known ones instead. It is also considering more Draconian long-term measures, such as daily limits on the number of visitors and a reservation system for entry.

But the Park Service should be seriously considering a more efficient approach: changes in the pricing structure. Today, only 130 of the 411 sites managed by the agency charge entrance fees. The highest fee, in effect at Yosemite, Grand Teton, Yellowstone, Grand Canyon, and a few others, is currently $30 per vehicle for seven days. An annual pass, which will get you into all national parks many times as you want to go, is $60. For $20 more, you can buy an America the Beautiful Pass, which gets you into any federal recreation site—not just national parks but also national wildlife refuges, national forests, and more. Senior citizens (age 62 and older) can get a lifetime pass to all sites for a mere $10.

The Park Service has increased fees slightly in recent years. In summer 2015, the highest fee went up from $25 to $30. But the Senior Pass, which many observers—and even the director of the National Park Service—have argued is far too cheap, stayed the same, as did the America the Beautiful Pass. And changes always meet with resistance. There was some pushback to the increases last summer. A strong and often vocal contingent argues against price increases based on the idea that these are natural spaces owned by all Americans and they should be available to all Americans, not just those who are able to pay.

I’ve made the case before that caution should be exercised when employing user fees to finance public goods such as parks. But that’s because user fees ration use. When one person’s visit to a park doesn’t appreciably diminish the experience for others, the fee to use the park should be zero. That doesn’t apply when the public good starts to experience congestion problems, and that’s what’s happening in some of our national parks. Rather than just suggest that people visit during the winter and go to alternative, less popular sites, the Park Service should incentivize such behavior through a differentiated fee structure based on season and location. That might mean a zero, or very low, cost during some seasons at some parks, but it means a significantly higher fee at the most popular parks during the summer months. And the $10 lifetime Senior Pass needs to go. Seniors may be the most flexible in their travel plans and capable of shifting their time and location of visits. The Park Service should also consider charging a higher price to foreign visitors, who make up a large share of visitation at some parks. Many countries do this—Costa Rica, South Africa, and Kenya, to name a few.

“Rather than just suggest that people visit during the winter and go to alternative, less popular sites, the Park Service should incentivize such behavior through a differentiated fee structure based on season and location.”

Equity and accessibility are important issues, but an entrance fee is a tiny fraction of the overall cost of visiting a national park, most of which are located far from centers of population. For example, a family of four traveling from Chicago to the Grand Canyon is likely to incur costs between $1,500 (driving) and $3,000 or more (flying) for a week’s vacation. The $30 entrance fee is a drop in the travel expense bucket. What’s more, the experience itself is diminished if it is spent jostling with crowds on trails and in restaurants and parking lots or if the overcrowding leads to degradation of the resource, which has happened in some parks.

Funding Shortfalls in the Parks

Overcrowding is not the only problem the parks are facing that could be helped by a shift in the fee structure. The parks are in dire need of a cash infusion. The Park Service’s deferred maintenance backlog sits at $12 billion and includes serious problems with critical water and sewer systems, roads and bridges, and visitor centers, lodges, and other buildings. Grand Canyon and Yellowstone National Parks need costly upgrades to their drinking water systems and face total maintenance backlogs of $372 million and $604 million, respectively. Yosemite National Park has a backlog of $555 million, much of which relates to its leaky sewer system. To address the problems, the Park Service is considering, for the first time, corporate sponsorships in the parks. The pros and cons of this approach are a subject for another day, but it is clear that new ways to raise money for the parks are on everyone’s agenda. Raising entrance fees should be part of this larger conversation.

Data and Research Needs for a New Fee Structure

Figuring out an efficient and fair fee structure will not be easy. It requires detailed data on visitation, for starters, as well as analysis to shed light on price elasticities of demand for different groups of visitors at different locations. This means going beyond simple visitor counts to collection of sociodemographic information. It may also require some experimentation. For example, a multiyear pilot study in which some parks (a “treatment” group) adopt a seasonally differentiated pricing structure while other parks (the “control” group) maintain the status quo could provide useful information. Such an experiment would require careful study design and extensive data collection, but the Park Service could learn a great deal from it.

In recent years, the White House has pushed for evidence-based program evaluation across government agencies, leading to advances in education, health care, international aid, and other programs. The Park Service should be following in these footsteps.

The spotlight on the parks during this 100th anniversary year has illuminated the many problems the parks are facing. But the same spotlight has revealed that the American public places an incredibly high value on these unique natural resources. Changes in the structure of entrance fees will not provide a solution to all that ails the system—but it could be one part of the solution and help ensure that our national parks are available for another 100 years.

Margaret A. Walls is a research director and senior fellow at RFF. 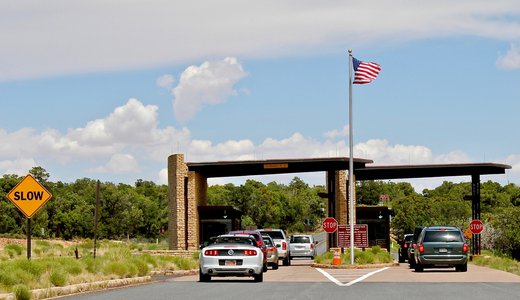 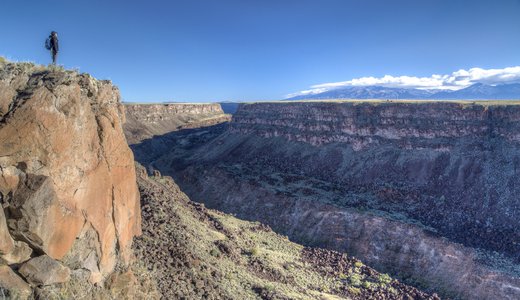