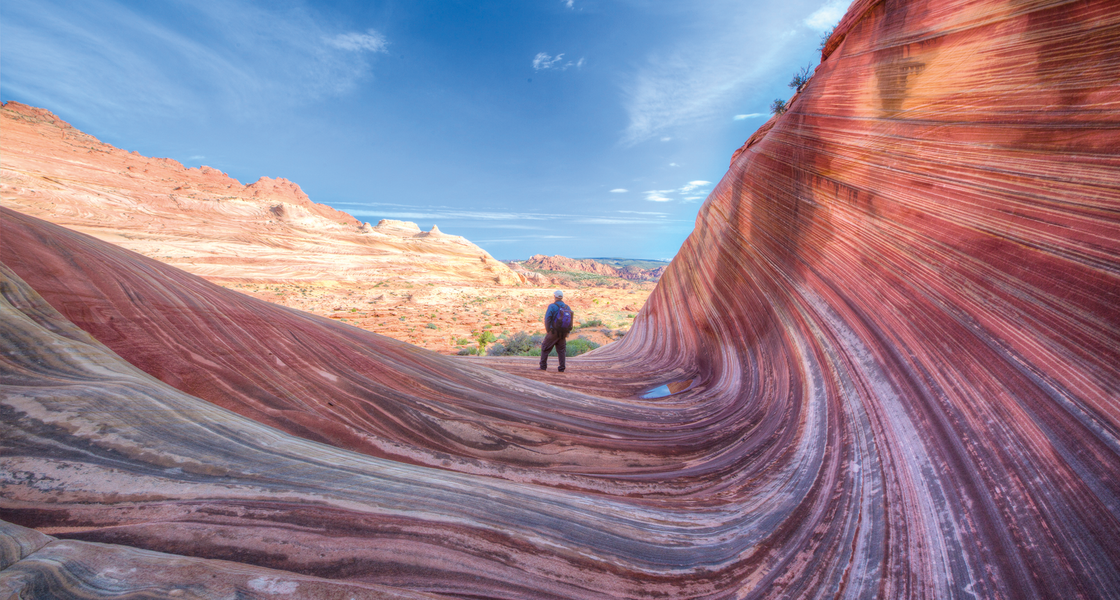 A highly charged belief pervades some communities in the American West—that national monuments detract from existing employment opportunities in the region. But new research from Resources for the Future shows that establishing monuments actually can lead to economic benefits in some cases, with no evidence that monuments are bad for local economies.

As they always had, and as they always intended to do, a group of Wyoming ranchers led 500 or so cattle through the vast open grasslands that were great for grazing. But this time, they were angry. The space they’d long used for their livestock had become federally protected land, when President Franklin D. Roosevelt decided to create the Jackson Hole National Monument in 1943. The ranchers were so indignant about losing the land and their livelihood to the federal government that they’d armed themselves in protest with a flamboyant arsenal of guns, daring anybody to stop them.

In the western United States, some communities that currently earn their living from the land still harbor hard feelings about national monuments—those cumulative millions of acres, preserved by presidential decree, which often are closed to industries like ranching and mining. The prospect of lost livelihoods can produce conflict over the limits that monuments place on land use, but creating monuments can also create value by growing new industries related to recreation and tourism.

The push and pull of these economic arguments prompts an important question that has relevance to recent and future policy decisions: Do monuments provide economic value to the local economy, or do they prevent the profitable use of land? New research from Resources for the Future (RFF) has taken a major step toward finding an answer, by explicitly exploring the effect of national monuments on local economies.

The controversial question comes especially close to people in the American West. In the eight states that make up the Mountain West region—Arizona, Colorado, Idaho, Montana, Nevada, New Mexico, Utah, and Wyoming—more than 50 percent of the land is federally owned. That’s 259 million acres of restricted land that is close to home and very visible to communities in the western part of the country. Large monuments provoke anxiety for those who rely on that land for their industry, and who thus are especially susceptible to federal policies.

Figure 1. Highlighted National Monuments in the Mountain West Region of the United States

As for those Wyoming ranchers in 1943, their protest served well to bring publicity to their cause, but the protests otherwise dried up as the Jackson Hole National Monument merged with Grand Teton National Park. The protest had involved sympathizer Wallace Beery, an actor in Hollywood Westerns who was famous enough to warrant coverage of the event in Time magazine, but under other circumstances, the story might have been as ignored as the ranchers themselves were by the National Park Service. Nonetheless, local uproar was loud enough that the state took up the fight. To this day, the US president cannot establish any monument anywhere in Wyoming without additional approval of Congress.

Unrest in the West

When it first passed, the Antiquities Act of 1906 gave the president the right to establish national monuments. The act arose originally to preserve land that contained early Native American sites, where the brutal dismantling of artifacts called for protection from vandalism. Since then, presidents have created national monuments to protect other cultural and historical sites such as battlegrounds and preserve ecosystems and unique natural resources. President Jimmy Carter set records for the amount of land that he turned into national monuments, while President Bill Clinton set the record for the highest number of monument proclamations. President Barack Obama later broke both Carter’s record for monument acreage (by expanding marine national monuments by hundreds of millions of acres) and Clinton’s record for quantity (by creating 34 monuments).

The Antiquities Act has inspired outrage and controversy from the very start and throughout its history. Armed protests over federally managed land still happen in the western United States, as in the case of Cliven Bundy, a Nevada rancher who went to jail in 2016 for a standoff he staged while refusing to pay a $1-million backlog of livestock grazing fees. In recent years, the long tradition of rancher insurgence might be starting to pay off. The Trump administration significantly scaled back the land area of two national monuments in Utah in 2017, effectively shrinking Grand Staircase-Escalante by nearly 50 percent and Bears Ears by 85 percent—areas totaling more than two million acres.

Given the longstanding and continued dispute over national monuments, policymakers and presidents probably should decide whether monuments are worth the trouble. On the one hand, monuments could be economically beneficial by creating jobs in surrounding communities, and furthermore save precious artifacts, preserve land, and help provide ecosystem services. Alternatively, national monuments may lead to lost livelihoods in traditional industries, punishing a region whose economy has seen better days.

The few related economic studies published to date have been limited in their approach. These prior studies have offered correlations that still leave causation unclear, and their analyses include data at the relatively low spatial resolution of the county level within states. Arizona, for example, has only 15 counties that average nearly five million acres each. (For comparison, the average number of counties per US state is about 62, with an average area of roughly 720,000 acres.) “We worked with extremely detailed economic data and employed modern econometric methods that are designed to identify cause and effect,” says lead author of the new paper and RFF Senior Fellow Margaret Walls. “We wanted to dig deep into the data and find out what impact the designation of these protected lands has had on local economies.”

With the paper they’ve published this year in Science Advances, Walls, RFF research assistant Matthew Ashenfarb, and former RFF researcher Patrick Lee aim to see whether these monuments cause any change in employment and job growth by looking at economic variables in areas abutting a monument, compared with the same metrics from farther sites. Their quasi-experimental methods, which involve difference-in-differences regressions and counterfactuals, establish causation in a way that prior correlational studies cannot. Their data also gets more granular: the new analysis accounts for every individual business establishment in the area and their precise locations, rather than average numbers at the county level. With a focus on all 14 monuments created by presidential proclamation between 1990 and 2015 in the eight Mountain West states, the study tracks several specific economic metrics over that duration of time: the number of jobs per business, the total number of jobs and number of businesses, the yearly rate of change in number of jobs and number of businesses, and average wage income.

As it turns out, a local economy does not deflate when nearby land becomes a national monument. The total number of jobs near monuments actually increases by an average 8.5 percent, while the number of businesses near monuments grows by almost 10 percent—and at an accelerated rate. Estimates from regressions show that the economic growth happens in service industries related to hotels, lodging, health, finance, insurance, real estate, and construction.

National monuments thus boost local economies by some measures; but for the remaining economic variables, the change in land designation has neither a positive nor negative effect. In this context, the null effect itself has unusually big implications. “It means that concerns about monument designations harming local economies are unfounded,” says Walls. “For example, the average wage income does not change near new monuments, despite the common assumption that low-wage service jobs displace access to more lucrative livelihoods.” The RFF study also found that the number of jobs in extractive industries such as mining, forestry, and livestock grazing were unchanged as a result of the designations.

As the authors state in their new study: “Our results suggest that protecting some of these public lands as national monuments does not exacerbate [slow-growth trends in resource-dependent communities] but rather could even be reversing them and creating a new set of economic forces oriented around the historic, cultural, and scenic amenities that these public lands provide.”

When President Bill Clinton established Grand Staircase-Escalante in 1996 as a national monument in Utah, local students released black balloons as a symbolic and ominous statement of mourning, protest, and warning. The Trump administration revisited the proclamation in 2017 and constricted the monument’s borders down to half the original area, and presidential decree in the same year pinched the neighboring Bears Ears national monument even further. These two proclamations represent the largest land reductions to national monuments in US history. While advocates of the recent reductions celebrated this news, millions of others pushed back with public comments and a handful of court cases to sue the president over recent changes to public lands. Based on their regression results, Walls, Lee, and Ashenfarb calculated a rough estimate of the effects of the scalebacks and found that reductions to the monuments may lead to 700 lost jobs—a two percent reduction in the number of jobs in those regions.

In the end, and in spite of economic anxieties in some rural communities in the American West, the new RFF study finds that it’s not national monuments that are to blame for failing industries. Local economies can thrive even as limits to land use—and corollary protections for the environment—increase, particularly if established industries give way to different types of work. “While our results are suggestive of the impacts of monuments,” says Walls, “applying the average results to specific monuments and future decisions should involve caution. Important to keep in mind when applying these results to policy is that they do not rule out the possibility that specific monuments had either larger or smaller effects, or that future monument designations could have a different impact.”

Tempered by those caveats, this new evidence suggests that presidents and policymakers don’t necessarily need to shy away from monument designations based on concern that local industries will suffer. Instead, the new research shows that future monument declarations likely will benefit not only the goals of environmental and cultural preservation, but also help to safeguard local economies.

The Pew Charitable Trusts and the Castle Rural Lands Fund award helped fund the research described in this article. 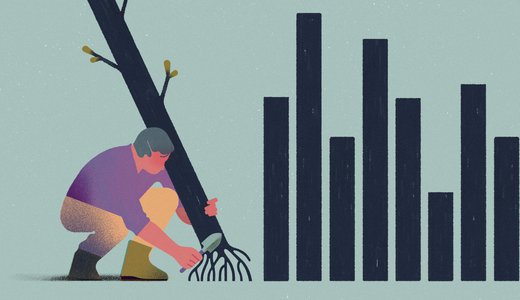 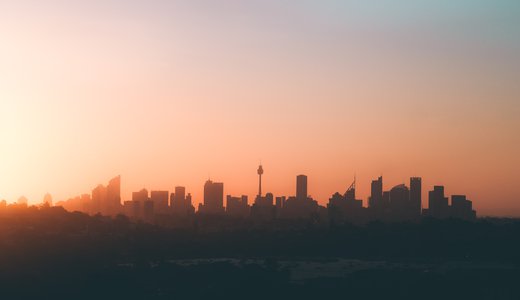 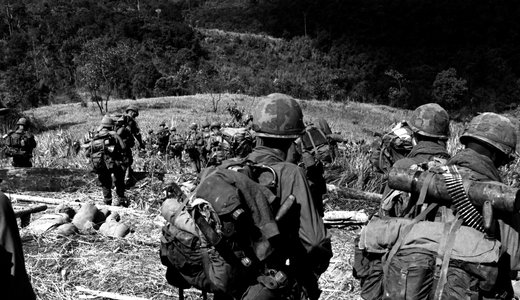