The US electricity sector—which produces 40 percent of total carbon dioxide emissions in the country—could raise significant revenues through a carbon tax. However, these revenues are uncertain and depend on the level of the tax and conditions such as natural gas prices, which have changed significantly in the past few years.

How much would consumers pay for electricity in 2020 as a result of a $25-per-ton tax on carbon?

A carbon tax would result in electricity price increases nationwide, but the increases would be distributed differently across the states, as shown below. Some regions that have low electricity prices currently (such as the Midwest and Southeast) would have the largest increases in prices, in part because of their heavy reliance on coal. Nonetheless, these regions would continue to be among those with the lowest prices in the nation (in blue). 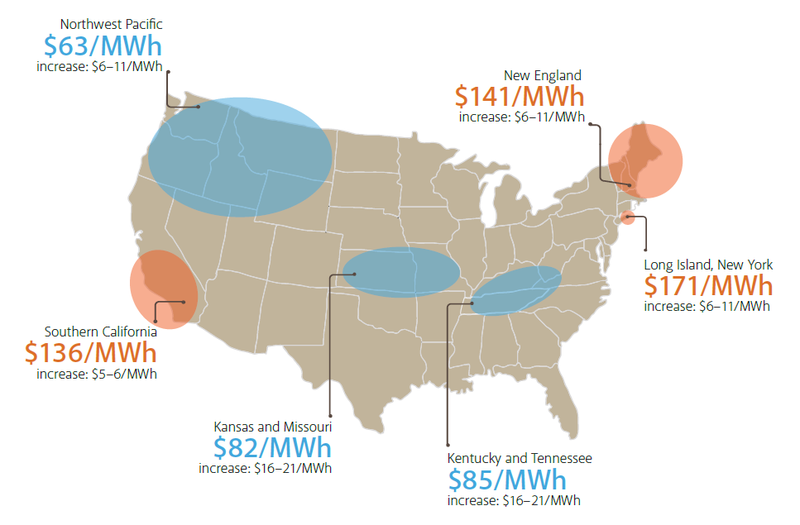 How could this affect electricity generation in 2020?

Under the low gas price assumptions of 2011-era projections, natural gas plays a bigger role in electricity generation than under 2009-era projections. In both cases, that role grows with the addition of a carbon tax. 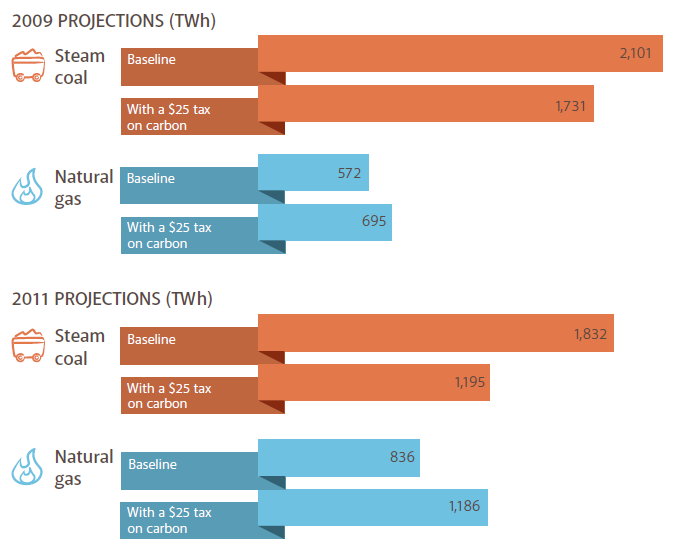 How much revenue could be raised in 2020?

Changing forecasts for natural gas prices and other factors in 2020 influence the range of uncertainty over carbon tax revenue from the electricity sector. Between the 2009 and 2011 projections natural gas, prices have dropped by 35 percent—contributing to a $9 billion drop in expected revenues under a $25 carbon tax.

A version of this article appeared in print in the Fall 2012 issue of Resources.