From the President: A Fond Farewell from Retiring RFF President Phil Sharp

My 11 years at RFF have only magnified my immense regard for this 64-year-old institution—its mission; its talented staff and board; its supporters; its high-quality, independent research; and its contribution to serious public discourse in our nation’s capital and beyond.

Many commentators on the current state of American politics—the polarization and the discourse by tweet—have suggested a fading role for serious analysis and for think tanks. While there are significant challenges now in the public arena, I am convinced that the role for independent, rigorous analysis will remain vital, for several reasons.

First, despite current ideological battles in Congress and public debate, analyses by RFF experts today continue to feed into deliberations at regulatory agencies and among various congressional staffs of both parties, as well as inform decisionmaking in a variety of state and foreign governments. The demand for our work has not diminished.

Second, leaders in Asia, Europe, and elsewhere have shown increasing interest not only in our current work but also in how they can create, in their home countries, think tanks akin to RFF. They see US think tanks as one of America’s strong assets. We Americans would be wise to remember that one of the pillars of America’s “greatness” is its intellectual infrastructure—our universities, our think tanks, and the analytical shops in government, industry, and a host of nongovernmental organizations.

Finally, let me assert the obvious: in the United States and around the globe, we face major environmental and resource challenges that are not amenable to simple solutions. Trustworthy analysis and serious public discourse will be needed. I have no doubt that RFF will continue to play its part in helping to address these challenges.

For RFF to have such impact, it must and will continue to adapt to the changing world. Our challenge is to keep our agenda focused on questions relevant to public and private decisionmakers who matter in the management of environmental and natural resources around the globe. We must continue to strengthen our engagement with stakeholders who bring knowledge and experience to the table. We must continue to enhance our ability to effectively communicate our work.

RFF must remain true to its core commitment to high-quality, independent analysis. I am confident that the RFF staff, the board, and the new leadership will be dedicated to these values and continuous institutional improvement.

RFF’s success also depends on the support of a wide variety of donors committed to making a difference on critical issues. I will certainly remain one of these supporters. 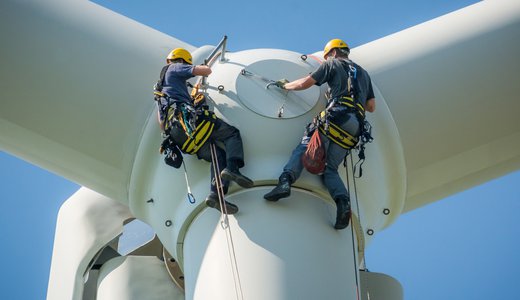