A carbon tax is a cost-effective way to reduce greenhouse gas emissions, but the resulting higher prices for home energy and gasoline as well as for food and other energy-intensive goods and services can reduce households’ purchasing power. Low- and moderate-income households feel the budget squeeze most acutely; they spend a larger share of their budgets on these items than do higher-income households and are least able to afford new fuel-efficient vehicles, better home weatherization, and energy-saving appliances.

Fortunately, well-designed carbon tax legislation can generate enough revenue to fully offset the impact on the most vulnerable households, cushion the impact for many other households, and leave plenty to spare for other uses—without blunting the price signal that is essential for achieving cost-effective emissions reductions. Providing lump-sum rebates to households is the best way to protect low-income groups. Only a relatively small portion of carbon tax revenues is needed to fund such a rebate program, leaving most of the revenue available for other purposes.

"Climate rebates should be designed to fully offset the impact of a carbon tax on the purchasing power of low- and moderate-income households."

An efficient and effective rebate design can build on existing tax- and benefit- delivery mechanisms to reach as many households as possible, especially those with the lowest incomes. Under the approach proposed by my organization, the Center on Budget and Policy Priorities, all households of a given family size would receive the same lump-sum amount but through different means:

This approach is designed to achieve robust low- and moderate-income relief in light of six principles.

Do No Harm
A carbon tax should not make poor families poorer or push more people into poverty. Climate rebates should be designed to fully offset the impact of a carbon tax on the purchasing power of low- and moderate-income households.

Minimize Red Tape
Funds set aside for consumer relief should go to intended beneficiaries, not administrative costs or profits. Accordingly, policymakers should provide assistance to the greatest degree possible through existing, proven delivery mechanisms rather than new bureaucracies.

Adjust for Family Size
Larger households should receive more help than smaller households because they have higher expenses—although economies of scale mean that costs do not increase in the same proportion as family size.

Do Not Focus Solely on Utility Bills
Higher home energy prices are only one way a carbon tax affects household budgets. Goods and services across the economy use energy as an input or for transportation to market. On top of that, the utility costs of many low- and moderate-income households are reflected in their rent. Rebates should reflect all the direct and indirect channels through which a carbon tax affects household budgets.

Preserve Economic Incentives to Efficiently Reduce Energy Use
Rebates provide benefits to consumers to offset higher costs while still ensuring that consumers face the right price incentives in the marketplace and reduce energy consumption accordingly. A consumer relief policy that suppresses price increases in one sector, such as electricity, would be inefficient, because it would blunt incentives to reduce fossil fuel use (and resulting emissions) in that sector. Consumers might pay less for electricity, but prices would rise still higher for other items.

Policymakers face two broad sets of decisions when designing a robust low- and moderate-income climate rebate program to mitigate the effects of a carbon tax:

1. What should the size and scope of the rebate be, and how should eligibility be set?

2. How should the rebate be delivered to eligible households?

Size and Scope of Rebates
In accordance with the “do no harm” principle, the rebate should be at least large enough to fully offset the average purchasing power loss of households in the bottom 20 percent of the income distribution (varied by household size). Previous policy proposals, such as the Waxman–Markey and Kerry–Lieberman cap-and-trade bills, set their low-income “energy refund” somewhat higher—at the average purchasing power loss of households with incomes equal to 150 percent of the federal poverty line. Eligibility for a full rebate also was limited to households at or below this threshold, which is roughly the dividing line between the poorest 20 percent and the rest of the population.

"Three different existing mechanisms would be required to achieve the broadest possible coverage: a tax credit, direct payments through Social Security and certain other federal benefit programs, and rebates through state human services."

If policymakers wish to use a larger share of the carbon tax revenue for consumer rebates, they could raise the income level at which households would be eligible for a rebate, and perhaps set the rebate amounts at somewhat higher levels, such as the average loss to consumers in the next-lowest 20 percent of the income distribution. The total cost of providing rebates would depend on both the average size of a rebate and how far up the income scale rebates would be provided.

The Energy Information Administration, or a similar such agency, could be tasked with determining the annual rebate amounts at the target level of full compensation, setting a reference level of income for determining eligibility for a rebate. But the income level would be adjusted for family size in accordance with current best practices for income distribution analysis. As a result, the size of the rebate would be higher for larger families—but would not be a per capita rebate.

Rebate Delivery Mechanisms
Once the size and scope of a rebate program are determined, policymakers would face the challenge of ensuring a practical way to deliver the rebate to eligible households. Three different existing mechanisms would be required to achieve the broadest possible coverage: a tax credit for lower-income working households, direct rebate payments for beneficiaries of Social Security and certain other federally administered benefit programs, and rebates through state human services for very low-income families.

For households required to file a tax return, a refundable income tax credit is the most effective way to deliver a climate rebate. If it were designed like the Earned Income Tax Credit and the Additional Child Tax Credit, the climate tax rebate would phase in to its full amount over an initial income range and phase out over a range of income above the maximum level at which a household would be eligible for a full rebate.

"About one-third of all low-income households with children would receive no rebate or only a partial rebate if the EBT mechanism were not employed."

Many low-income households, however, would receive only a partial rebate or be missed entirely under the tax-credit delivery mechanism. Among them are lower-income seniors and people with disabilities who rely primarily on Social Security or other benefits and are not required to file income tax returns. To reach this group, the most effective policy would be for the Social Security Administration, the Department of Veterans Affairs, and the administrator of the Railroad Retirement program to provide climate rebates—preferably quarterly—directly to people receiving those benefits whose incomes fall within the limits established for the climate rebate.

The group that would not be reached through either of these means would be very low-income households (primarily families with children) that have little to no earnings over the year and do not receive Social Security or other similar federal benefits. Arguably this group is the most important to reach with a climate rebate because the loss of purchasing power due to a carbon tax could create serious hardship and push these individuals and their children deeper into poverty.

The best mechanism to reach this group is to provide climate rebates through state human services agencies that already provide SNAP, Medicaid, and other benefits to a broad array of low-income households. States could readily program the climate rebate onto the existing EBT systems that all states use to deliver SNAP and, in most states, other forms of assistance, including cash aid, on a monthly basis.

All three delivery mechanisms would play a critical role in providing rebates to low-income families. Calculations by the Center on Budget and Policy Priorities, using 2012 data, show the following for households in the lowest income group:

Trade-offs between Efficiency and Fairness

All things equal, refunds delivered in a way that encourages individuals and businesses to work and invest more efficiently and expand aggregate economic welfare are preferable to ones that do not. Other things are seldom equal, however.

While carbon tax revenues can be returned to households in a variety of ways that still maintain incentives to reduce emissions, no single approach simultaneously provides economic incentives and robust low-income protection. RFF researchers—including Roberton Williams, Dallas Burtraw, and Richard Morgenstern, who address this topic on pages 25–29 of this issue—generally find that, among the range of policies available for recycling revenues directly to households, cuts to corporate or individual income tax rates provide the largest expected aggregate economic gains but are also the most regressive. Lump-sum rebates to low- and moderate-income households do not provide the same economy-wide efficiency advantages, but they are the best way to provide the most robust low-income protection while preserving the price signal that encourages cost-effective emissions reductions.

But policymakers do not have to pick one or the other. They can use a portion of the revenues generated by a carbon tax to provide robust but targeted low-income protection, which would leave most of the revenue available to pursue other goals.

The percentages above sum to more than 100 percent coverage, indicating that under this delivery approach, some people could qualify for more than one rebate because they participate in one or more of the relevant programs and/or also file an income tax return. Coordination mechanisms would be needed to ensure that people are not overcompensated. For example, state human services agencies would not provide climate rebates to individuals who are receiving Social Security, Supplemental Security Income, veterans’ benefits, or Railroad Retirement benefits.

Delivering a climate rebate through existing state eligibility systems and delivery mechanisms would be far less costly to set up and administer than virtually any alternative, while ensuring that the lowest-income families would not be left out and would receive rebates on a monthly basis throughout the year.

Chad Stone is the chief economist at the Center on Budget and Policy Priorities. He has been part of the center’s efforts, begun in 2007, to ensure that climate legislation includes measures to protect low-income households. 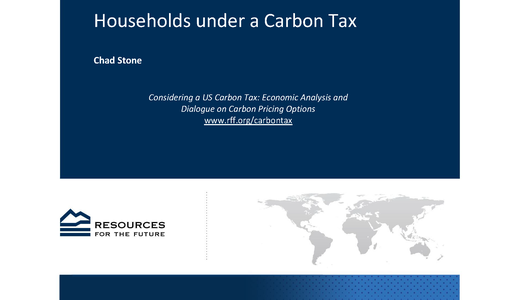 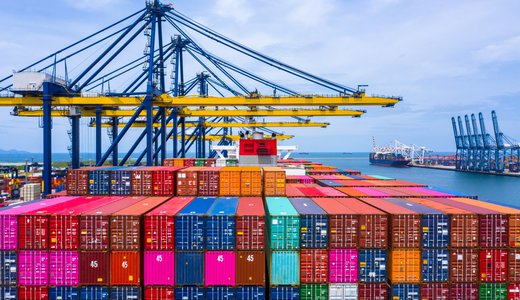