In 1972, Stockholm hosted the first United Nations Conference on the Human Environment, which was attended by 113 delegates and just two heads of state—Prime Ministers Olof Palme of Sweden and Indira Gandhi from India. The conference led to the establishment of the United Nations Environment Programme. For many attendees, it also marked an environmental awakening, an issue previously rarely discussed in major international forums. At the conference, Gandhi asserted, “Poverty is the worst form of pollution,” combining the idea of poverty alleviation with concern for the environment— which has since become a core thread defining the notion of sustainability.

The term “sustainable development” was popularized at the Earth Summit in Rio de Janeiro, which was a 20-year follow-up to the Stockholm conference. Since that time, the world economy has undergone an enormous transformation, with hundreds of millions of people, particularly in Asia, moving up out of the ranks of the most destitute. It would be a tragedy if environmental and resource restrictions stifled this process. Yet some environmental problems—notably climate change—could be costly enough to halt economic progress unless they are managed wisely. As we approach the latest United Nations Conference on Sustainable Development, “Rio+20,” a grave question is how to support the economic aspirations of the poor while addressing climate change.

The human race is now well into the “Anthropocene,” the term that economist Paul Crutzen and ecologist Eugene Stoermer have suggested for the period in which the world’s destiny is marked first and foremost by human activities. Global policymaking must be wise and efficient, recognizing what Johan Rockström and colleagues have termed “planetary boundaries”—or thresholds that cannot be crossed without threatening vital life support processes—and focusing on what is fair and feasible. These basic principles apply at all levels—from the design of grand climate treaties to the everyday management of national environmental issues or local commons.

In the last two decades, as climate change has come under increasing scrutiny, a number of subjects, including discounting, have been at the fore. Attracting less attention is the actual economic damage associated with temperature rise.

Damage assessment is a difficult subject because we have no counterfactual, and even if we did, it is hard to fully account for (or even imagine) the possibilities that may open up in the future because of adaptation to climate change and technological progress. We also have difficulty fathoming new future states of the world because adapting to climate change requires a long time horizon. For example, consider the cost of losing human civilization in the Sahara thousands of years ago. No doubt the transition from earlier flourishing civilizations was terrible for some, but what are the costs (if any) of this today?

Most early attempts at assessing damages focused on so-called vulnerable sectors, particularly agriculture. Recently, however, a number of authors have opened up a whole new area of research by using the natural variations in temperature among different years caused by the El Niño Southern Oscillation (ENSO), which produces extreme weather conditions in different parts of the world. For instance, research by Solomon Hsiang and colleagues shows that for rich countries, an additional degree of warming results in little effect, but for poor countries, the same change leads to very significant costs in the form of reduced economic growth and increased costs of military and other conflicts.

In 2009, Prime Minister Meles Zalawi of Ethiopia spoke on behalf of many African nations when he demanded that the industrialized countries responsible for most of the historical emissions of global warming– related greenhouse gases—countries such as the United States and the United Kingdom—should compensate developing nations for the damage they’ve caused in recent decades to the Earth’s climate.

Who pays for damages and other distributive justice questions remains pressing. Most developing countries are deeply concerned about climate change, but they also firmly believe that mitigation should start in the rich countries that bear the largest part of the responsibility for historical emissions. This position has led some to believe—erroneously—that developing countries are uninterested in the issues of global change. The views of developing countries on the distribution of burden should not be mistaken for their views on climate change. For instance, the suggestion that all countries should reduce their emissions by similar percentages clearly favors the countries that have large emissions today. Low-income countries typically prefer a model in which emissions allowances are allocated on a per capita basis. If developing countries reject proposals for equal reductions in emissions, it does not necessarily mean they lack interest in addressing climate damages.

The dramatic changes in the global economy combined with a more sophisticated understanding of the ways that climate change could play out means that the interests of different developing countries are more heterogeneous than ever. Some developing countries have rich oil and coal reserves, some are cold and hilly, and others are low-lying lands that risk inundation. The risks are different across the globe—some developing countries have much to lose from climate change, while others are more concerned over the costs of global agreements that will limit their markets for fossil fuel or hamper their perceived chances of development. As a result, building coalitions, even among the low-income countries, will be very difficult.

In the lead-up to Rio+20, “green growth” has become something of a catchphrase, replacing “sustainable development” in the global debate, for better or worse. The only reasonable definition is economic growth that takes into account a proper valuation of the environment, pollution, and resource degradation, bringing it very close to that of “sustainable development.” When income or welfare is properly measured, growth automatically becomes desirable because all items that enhance welfare are then included, while negative items imply lower income and thus diminished growth.

As a generic concept, green growth is attractive and difficult to argue with. The same could be said, however, about sustainable development. To address climate change, we still need a global agreement and effective policies. To be successful, we need to wrestle with, rather than gloss over, the tough issues of fairness, equity, and respect for the environment. 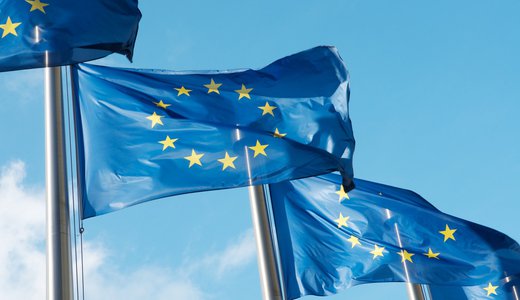